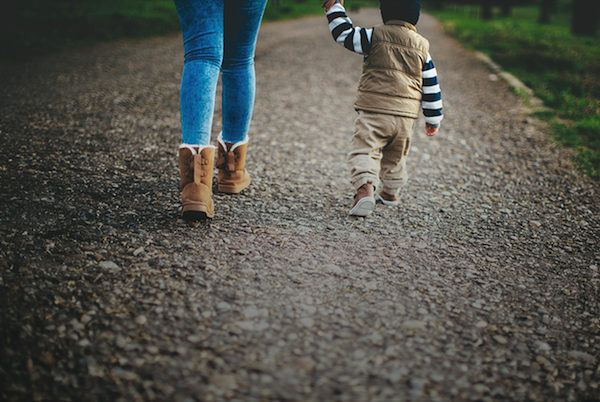 This story has been updated to include a comment from the Texas Conference of Catholic Bishops.

Two female Texas A&M; University professors who say they were denied a chance to become foster parents for refugee children because they didn’t “mirror the Holy Family” have sued the federal government and a Catholic group contracted by the government to administer a refugee program.

In a lawsuit filed Tuesday morning, the Texas couple claims the U.S. Department of Health and Human Services and the U.S. Conference of Catholic Bishops violated the U.S. Constitution by citing religion while administering federal child welfare services. The Conference of Catholic Bishops receives funding from the Department of Health and Human Services to provide those services, so that denial amounts to an illegal religious test, the couple claims in the suit.

Fatma Marouf and Bryn Esplin say in the lawsuit that when they revealed in their first foster parent interview that they were a married same-sex couple, the director of international foster care at the Catholic group’s Fort Worth affiliate told them they didn’t “mirror the Holy Family” and therefore were ineligible to become foster parents.

Later, Marouf emailed the federal Office of Refugee Resettlement to complain about discrimination, the suit claims. The office responded months later asking for the names of the officials the couple had met with, but the couple has not received any information since then, the suit says.

In a joint statement with the Diocese of Fort Worth, the Texas Conference of Catholic Bishops said the church’s foster care program “works within parameters of the Catholic Church’s teachings” and complies with federal regulations.

“Finding foster parents – and other resources – for refugee children is difficult work,” said Bishop Michael Olson. “Catholic Charities are often the lead agent in this work. It would be tragic if Catholic Charities were not able to provide this help, in accordance with the Gospel values and family assistance that is so essential to these children who are vulnerable to being mistreated as meaningless in society.”

The Department of Health and Human Services did not respond to a request for comment Tuesday.

Marouf and Esplin have been married for almost three years. Marouf told The Texas Tribune that she and her wife believed they were uniquely suited for the opportunity to become foster parents. Marouf, a law professor, is the director of A&M;’s Immigrant Rights Clinic; Esplin is an assistant professor of bioethics.

But when the pair sought information about fostering, they were met with discrimination, the couple said.

“There was shock, anger, disappointment,” Esplin said. “Anger because it’s a federal program and I was really upset that it had been handed over basically to Catholic charities to run based on their own values; and the federal government itself cannot discriminate that way.”

Lambda Legal, an LGBT civil rights organization, is representing the couple in court.

Disclosure: Texas A&M; University has been a financial supporter of The Texas Tribune, a nonprofit, nonpartisan news organization that is funded in part by donations from members, foundations and corporate sponsors. Financial supporters play no role in the Tribune’s journalism. Find a complete list of them here.

A Guide to Voting While Trans

We all know voting matters. Our elected officials have direct impacts on our lives, especially at the local level. But...