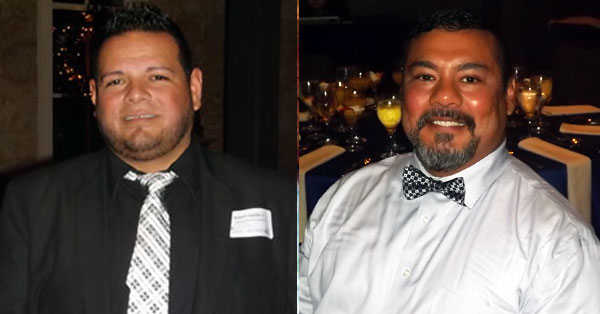 The new president of LULAC Orgullo is Robert Salcido, who serves on the boards of the Pride Center and the S.A. LGBT Chamber of Commerce. He also is on the mayor’s LGBT Advisory Committee. Earlier this year, Salcido was hired as a community organizer for San Antonio by Equality Texas.

The previous president of the chapter was Sam Aguilera who was elected in February and resigned in September.

Orgullo de San Antonio, which was formed earlier this year, is the second LGBT LULAC chapter in the state. In 2006, LULAC approved the formation of the LULAC Dallas Rainbow Council 4871.

Following is the text of letter sent by Salcido on behalf of the LULAC Orgullo chapter.

On behalf of the officers of LULAC 22198, Orgullo de San Antonio, I’d like to thank you first and foremost for your membership in the Council. LULAC has a long history of protecting and advocating for Latino/Hispanic equality and it is only fitting that we bridge our strengths and actively support the advancement of issues affecting both the LGBT and Latino/Hispanic communities. Although a new council, we have achieved so many accomplishments in our short time. The mere formation of our council was a great feat in and of itself; however, we’ve gone on to host a LGBTQ welcome reception for the LULAC State Board meeting as well as the production of El Jotos del Barrio. We’ve held informative sessions on immigration, GLAAD media trainings and a LGBT cultural sensitivity training in Corpus Christi. We’ve represented our Council at the Cesar Chavez March for Justice, National Coming Out day at SAC and the 2nd Annual LGBT Family Fall Trunk-o-Treat. We’ve co-organized an LGBT Immigration Roundtable at the Texas State LULAC Convention and most recently co-sponsored the Come OUT 2 Vote Rally. This is only a small glimpse at our community involvement; there have been many other community events over the last ten months.

As with any new organization, our accomplishments have not come without growing pains or learning experiences. As individuals and a Council, we must never stop learning, growing and pursuing to be better. Organizationally speaking we’ve had to make some changes to some of our processes and procedures. In an attempt to streamline communication and increase visibility in the community, www.lulac22198.org was launched this week. In addition, our leadership structure has undergone some changes. As of Thursday, October 9th, I have assumed responsibility as President of Council 22198, Orgullo de San Antonio, at the direction of LULAC Texas State Director Elia Mendoza. This change created a vacancy in the Vice Presidency role, which has now been filled by our past secretary Esmeralda ‘Emi’ Zuniga thus creating an opportunity for Camilo Bedoya Castaño to be appointed as our Secretary. Please join me in congratulating Emi and Camilo.

As your new President, I take this role with honor and look forward to working with the officers and members as a team to strengthen our Council and our community. It is my sincerest hopes that you actively participate, not only in our monthly Council meetings but also in upcoming activities and events.  Please join us on Wednesday, December 10, 2014 from 7pm – 9pm for a Member Appreciation & Community Holiday Mixer at Babio’s, located at 527 W Hildebrand Ave, San Antonio, Texas.

“You are never strong enough that you don’t need help.” Cesar Chavez’ words were never truer. Together we can create change! I welcome you to call or email me directly, if you have any questions regarding these changes or the Council in general. I’ll see you at the Holiday Mixer!

U.S. Attorney Robert Pitman of San Antonio, who is openly gay, was recommended for a federal judgeship on November 20...