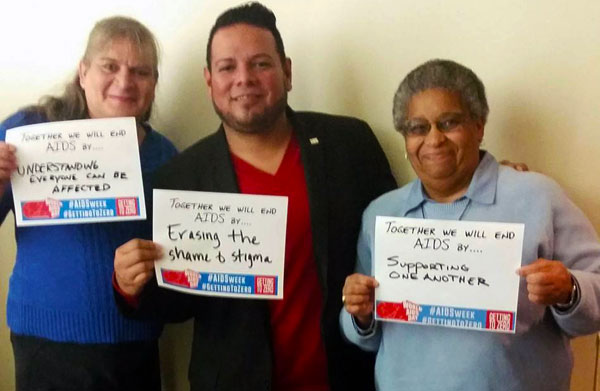 Members of the LGBT advisory committee finally had a meeting with Mayor Ivy R. Taylor on April 21 after waiting since last October to see her.

However, since their first meeting in October, the committee had not been able to get any face time with Taylor.

In March, after being pressed by Out In SA for a reply, the mayor announced she was appointing a human relations liaison who would handle complaints made under the city’s nondiscrimination ordinance and head up a proposed Department of Diversity and Inclusion. However, Taylor has yet to put this proposal before the City Council. Given that the mayor’s term ends in June, the likelihood that her plan will be put into effect is slim, especially if she is not re-elected.

Meanwhile, the members of the LGBT committee had grown increasingly impatient with the mayor’s lack of communication with the group.

“We have been working through (Taylor’s) office trying to get some type of mechanism where people can report (discrimination) and it can be investigated,” Warren told Brian Chasnoff of the San Antonio Express-News on April 20. “This process has been very, very, very frustrating because it has taken so long. It’s been a very, very, very slow process. So when the mayor says she’s working hard, I have not seen that.”

Salcido told Chasnoff, “The mayor has not taken our appointments, has not taken our calls. We really feel she has been stalling and dragging her feet on the issue, and now she’s in a political campaign and she’s throwing us under the bus.”

Based on a statement released by the committee exclusively to Out In SA, the April 21 meeting was a cordial affair where the group sought “to garner clarification about [its] role and duties.” The statement gives no indication as to when the mayor’s plans will be implemented.

The statement suggests that the committee addressed the mayor’s recent comments where she’s disparaged the NDO, “We had an opportunity to offer her a different perspective on the perception and impact of her words and actions.”

Salcido told Out In SA that the mayor plans to release a statement later this week detailing the process and timeline for moving her NDO proposal forward.

Following is the text of the statement sent to Out In SA by the LGBT advisory committee.

The LGBT Advisory Committee to the mayor¹s office met with Mayor Ivy Taylor today and we are encouraged by our discussions. Our primary goal in today¹s meeting was to garner clarification about the role and duties of the advisory committee members as well as Mayor Taylor¹s recent comments. We had an opportunity to offer her a different perspective on the perception and impact of her words and actions.

During this discussion we talked about strengthening the City¹s Non-Discrimination Ordinance for all protected classes with the implementation of the Office of Diversity and Inclusion as well as the proposed staff person. We look forward to further conversations during the process to make this a reality. As part of this process, Taylor has agreed to regular access and offered us direct contact.

While we understand that we have a difference in opinions we recommitted our roles as bridge builders; ready and willing to work collaboratively and in cooperation with the Mayor¹s office, council members and our community.

Social media lit up with ire for Mayor Ivy R. Taylor on April 20 after the San Antonio Express-News reported...