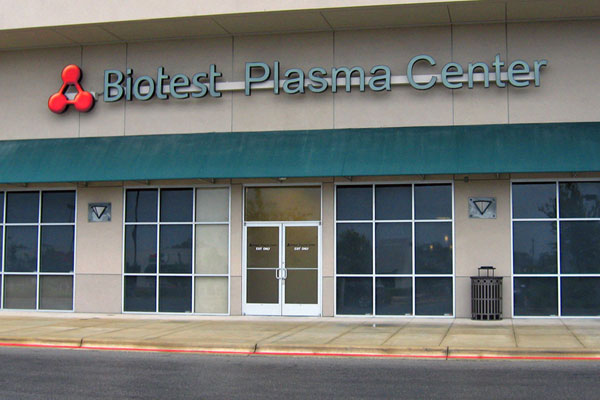 A local blood plasma center has rejected a San Antonio woman from making a blood plasma donation based solely on the fact she is transgender. As a result, she has filed a nondiscrimination claim with the city’s Office of Equity.

According to attorney Justin P. Nichols, on August 18, Nicole Throckmorton went to the Biotest Plasma Center in the Park North shopping center at 618 NW Loop 410.

Despite passing all the screening tests, Throckmorton was told by a Biotest employee that the company had a policy of a policy forbidding transgender persons from donating blood or plasma. Additionally, she was told her name would be placed in a database that would prevent her from making a donation at any center in the future.

“Despite reaching out to Biotest, they have been unwilling to provide any substantive response, and have refused to state whether, in fact, Biotest has a policy forbidding transgender persons from donating plasma,” Nichols told Out In SA in an email statement.

In a Q&A section on the homepage of the Biotest web site, the question “Who can donate plasma?” is answered with the response, “Donors must be 18 or older and must be in good physical health and lead a low-risk lifestyle.” The response is followed by a “Learn More” link. However, clicking on that link takes the user to “Page Not Found.”

The U.S. Food and Drug Administration (FDA) revised it’s guidance regarding donation of blood and blood products by LGBT people in 2015.

The FDA’s new rules removed an outright ban on LGBT persons from donating blood, and instead went to the criteria of considering whether a male donor has had sex with another man in the preceding 12 months.

In regards to transgender donors, the FDA’s revised guidance states, “In the context of the donor history questionnaire, FDA recommends that male or female gender be taken to be self-identified and self-reported.”

“At all times, Ms. Throckmorton identified and presented as female, and did not give any answer disqualifying her from donating plasma,” Nichols said in his email. “Even still, Biotest enforced its discriminatory practice banning transgender persons from donating.”

Plasma donation centers are places of public accommodation and fall under the jurisdiction of San Antonio’s nondiscrimination ordinance, which was passed in 2013.

“I hope your office will take this opportunity to enforce the NDO — which I understand will be the first time in the ordinance’s five-year history any complaint involving discrimination on the basis of sexual orientation or gender identity has actually been prosecuted, ” Nichols wrote in the complaint to the Office of Equity. “It is time to show the city is serious about protecting San Antonians from discrimination.

Once old age renders you ineligible for a sticker at the end of your visit to the dentist, there is...