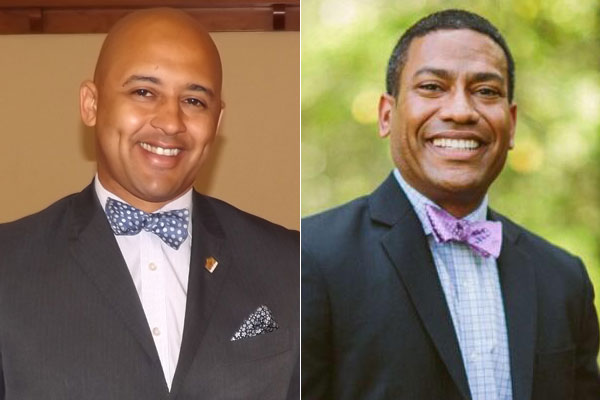 Four years ago, when Mayor Ivy R. Taylor was still the City Councilwoman for District 2, she said her vote against the nondiscrimination ordinance reflected not only her beliefs but also those of her constituents.

However, once Taylor became mayor her statement proved to be untrue considering that all of the leading candidates who have since sought the District 2 council seat have supported the NDO without political repercussions.

Keith Toney, who was appointed in 2014 to temporarily fill Taylor’s place on council when she became interim mayor, supported the NDO.  In his two unsuccessful campaigns for the District 2 seat since then, Toney sought and received the endorsement of the Stonewall Democrats of San Antonio.

In 2015, Alan E. Warrick II, who went on to win the District 2 election, told Stonewall at their endorsement meeting that he supported the nondiscrimination ordinance, adding it was a shame the topic of equality still had to be discussed in forums “like this” when there were so many other important civic issues which needed to be addressed.

Warrick’s opponent in this year’s District 2 runoff, William Cruz Shaw, not only supports the NDO but would like to see a city-wide employment nondiscrimination clause added to the current ordinance.

On his campaign website Shaw writes: “While the 2013 expansion of the NDO and the creation of the office of Diversity and Inclusion were a positive first step in extending protective status to vulnerable groups, the city still has work to be done to ensure the protection of basic rights for all of its residents. As such, Cruz Shaw supports the expansion of the Non-Discrimination Ordinance to cover all classes of workplaces, not just those doing business with the city.”

This year, neither Warrick nor Shaw, attended the Stonewall endorsement forum, nor did they complete a candidate questionnaire, both of which are prerequisites for obtaining Stonewall’s endorsement. As a consequence, Stonewall did not make an endorsement in the District 2 runoff.

Warrick was criticized by his general election opponents for being distant and disconnected from constituents. He came under fire for using money from his campaign to make a $15,000 loan to a nonprofit which he started and from which he draws a salary. Warrick also voted against improving bus service and proposed euthanizing stray dogs.

Last week, Warrick agreed to give Toney, who came in third place in the general election, $15,000 in exchange for Toney’s endorsement in the runoff. The money, Toney said, would be used to retire his campaign debt. Toney originally made the same deal to Shaw who refused the offer.

In what is a somewhat comical self-assessment, Warrick recently took out an ad in the San Antonio Observer with the headline, “I Can Do Better.” A critique of of the councilman in the San Antonio Express-News appeared to reinforce the sentiment stating, “Warrick has been utterly feckless on council.”

Shaw says he wants to encourage more community involvement by his constituents and to promote more careful redevelopment. “We don’t want to just build on empty lots for a quick turnaround buck,” he said when he announced his candidacy last December.

Shaw’s list of priorities include support for education and workforce development, making the district more inviting for businesses, and improvement of transportation and infrastructure.

The Express-News endorsed Shaw in the runoff saying the candidate has “a strong understanding of city issues” and “ethical good sense.”

From Those Who Follow the Echoes to Perform at McNay

Composer Nathan Felix is leading his new project, a choral group dubbed From Those Who Follow the Echoes to the...