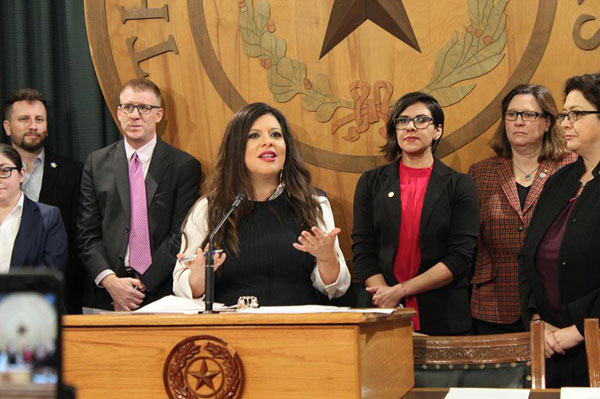 In the opening days of the 87th Legislative Session, members of the Texas House LGBTQ Caucus were named to several key positions including Speaker Pro Tem, five chair, and 12 vice chairs positions.

The Texas House LGBTQ Caucus was formed in January 2019 to “create a forum for Texas legislators to discuss issues that affect LGBTQ Texans and to further the goal of equality and justice for all Texans.” “If you would have told me that we would have five LGBTQ members in the Texas Legislature, I would have never believed you,” Rep. Mary González told the Dallas Morning News at the time the caucus was formed. “And all women, and all in the House.”

On February 9, 2019 the caucus added 15 new members, legislators who represent districts across Texas.

“Congratulations to our LGBTQ Caucus members on their recent appointments to leadership positions for this 87th Legislative Session,” Rep. Gonsalez said in a February 9, 2021 press release. “Your skillset and ability are worthy of being recognized, and we are confident that you will be critical leaders in efforts to help Texas recover from the COVID-19 pandemicand achieve lasting change for Texans of all backgrounds and experiences.”

Following is complete list of appointments for the 2021 session.

Lawmakers have filed legislation that would ban transgender girls and women who attend public K-12 schools, colleges and universities from...