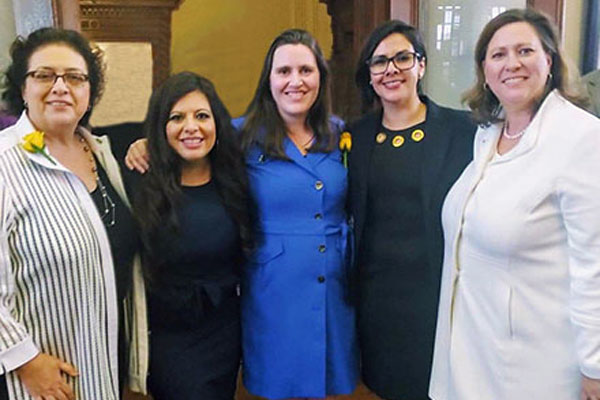 The caucus will be chaired by Rep. Gonzalez, who filed the paperwork to form the group. “If you would have told me that we would have five LGBTQ members in the Texas Legislature, I would have never believed you,” she told the Dallas Morning News. “And all women, and all in the House.”

“We want to honor the moment,” Gonzalez added. “We want to have an intentional and strategic agenda.”

The group will also lend its support to bills filed by Democratic legislators which would ban discrimination based on sexual orientation or gender identity or expression in housing, public accommodations and employment, and which seek to eliminate the anti-sodomy law which was struck down by the Supreme Court in 2003 but which remains on Texas law books.

The caucus will be open to anyone who wants to be a member no matter what their sexual orientation or gender identity. However, the chair and co-chair seats will be open only to LGBTQ members.

“It’s important that those of us who are members of the LGBTQ community stand together to make sure that all Texans are treated fairly,” Rep. Zwiener told the Dallas Morning News. “I’m glad Mary and Celia have some more company.”

Dan Patrick dismisses need for bathroom bill in 2019: “It’s been settled and I think we won.”

By Emma Platoff, The Texas Tribune At a Governor’s Mansion press conference on the second day of this year’s legislative...