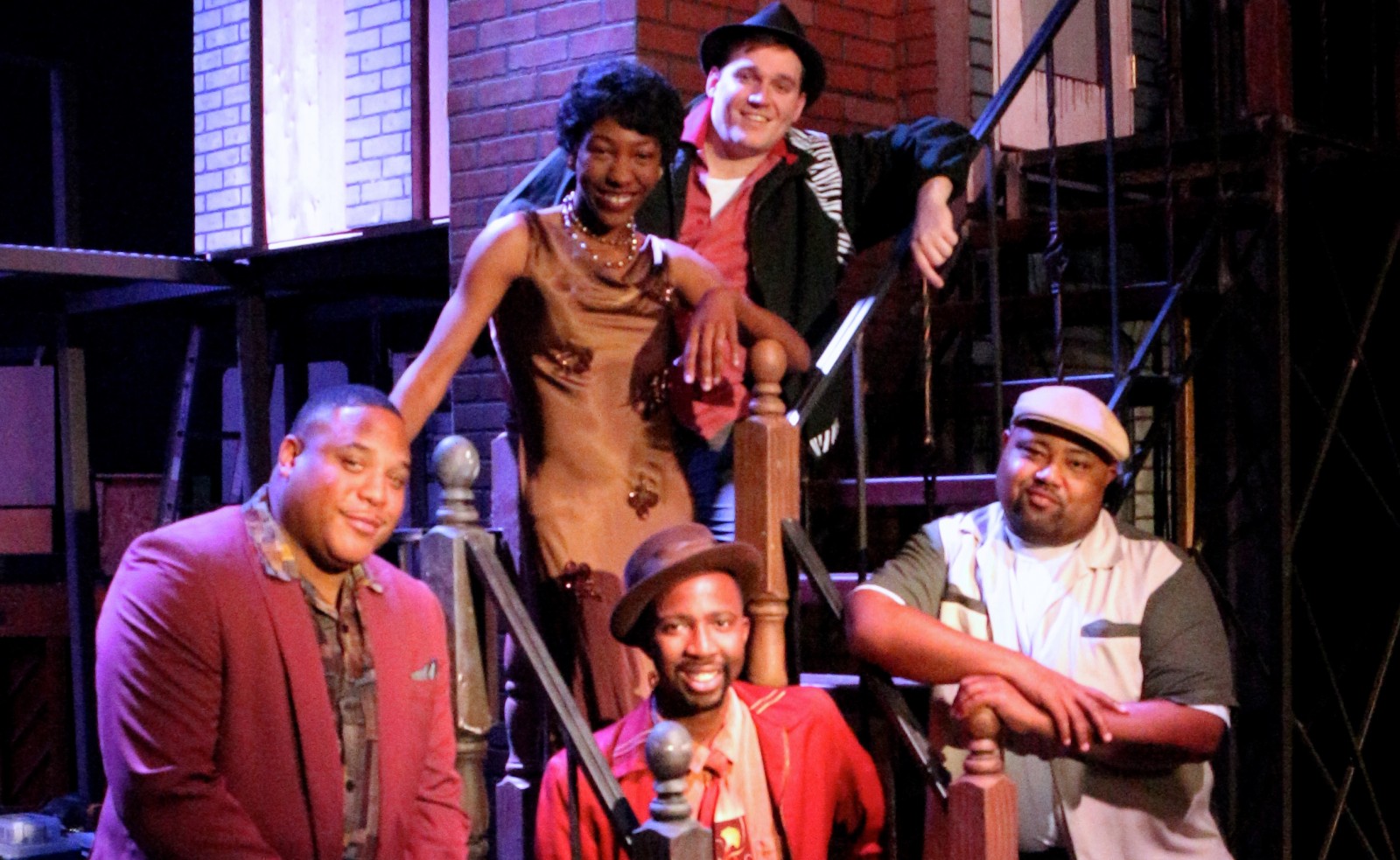 Set amid racial tension in 1950s-era Tennessee, Memphis follows the story of Huey Calhoun, a white high-school-dropout-turned-radio-DJ (played here by Brian Hodges) who falls in love with Felicia Farrell, a black R&B singer (played by Marie Warren Bunch). After seeing Felicia perform at Delray’s, an underground nightclub, Huey’s determined to make Felicia a star by spinning her record on his radio show.

Despite opening on Broadway to mixed reviews in 2009, Memphis went on to win four Tony Awards (including Best Musical) and enjoy a three-year run on the Great White Way. In the spring of 2011, the Broadway production landed on cinema screens nationwide, with the musical’s first national tour following soon after.

As part of its 2016 season, the Woodlawn brings Memphis to its historic stage in a production directed by Rebecca Trinidad with choreography by Alonzo Corona and musical direction by Josh Pepper.

“We had the courage and the tenacity to be flamboyant and to be ourselves.” “I’m an old showgirl,” John McBurney...