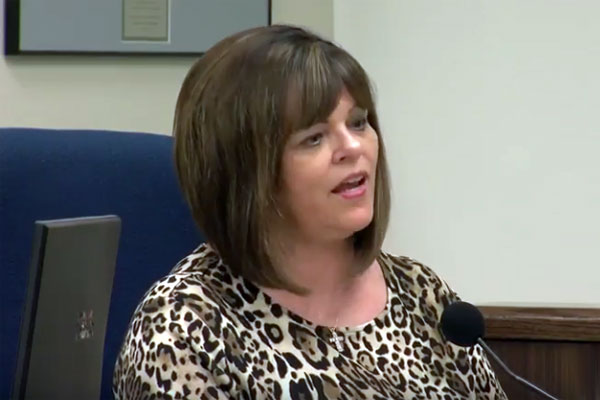 A Nueces County Commissioner refused to sign a proclamation in honor of Corpus Christi Pride Week saying in a television interview, “Just because you are the LGBTQ or whatever it’s called community doesn’t mean I have to suck it up and support it.”

County Commissioner Carolyn Vaughn read a statement in opposition of the proclamation prior to a vote of approval by the Commissioner’s Court on June 5.

This year marks the third annual Corpus Christi Pride and the first year a proclamation was made to acknowledge it. Events take place from June 2 to 13. The celebration is organized by the nonprofit Mosaic Project of South Texas.

“God is great, God is good, and I’m proud to share with everyone my beliefs while respecting your free will and your free speech,” Vaughn said in her statement. “So today the judge has a right to present a proclamation to your organization, so appreciate my right that in my belief system, I will not support this proclamation.”

“I don’t believe government should be involved in this. I want it in the record that I do not support this proclamation or agree with the statements in it,” Vaughn added.

Nueces County Judge Barbara Canales, who is the Grand Marshal of this year’s Corpus Christi Pride celebration, reacted to Vaughn’s comments saying, “I’m proud to be able to say that I believe in equality for all, and I think that that’s what they’re saying — that there should be no discrimination in Nueces County for its citizens.”

Eric Holguin, president of LULAC Para Todos, told reporters after the County Commissioner’s meeting, “[Vaughn’s] actions at today’s meeting were highly unnecessary and we call on her to apologize to the LGBTQ community for refusing to represent everyone in her district – regardless of sexual orientation and gender identity.”

“Our goal is to highlight the wonderful diversity of the Coastal Bend,” Bill Hoelscher, president of the Mosaic Project said in a press release. “We ask our community, supporters, and allies to demonstrate their public support for Pride Corpus Christi at our events this week. Come out and show your enthusiasm and support for your LGBT family and friends.”

Originally published in the San Antonio Current. Last month, a flurry of reports from online and print media revealed potential...