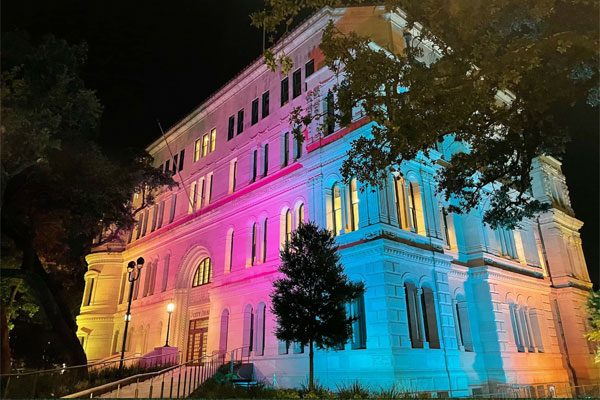 For the second year in a row, Pride San Antonio is forgoing in-person events and instead broadcasting a virtual Pride Celebration via Facebook and YouTube.

The streaming event is being held in an abundance of caution at a time when Covid-19 appears to have declined but can still pose problems for those who remain unvaccinated.

The broadcast is set for Saturday, June 26 from 5 p.m. to 10 p.m. on Pride San Antonio’s Facebook and YouTube pages.

The event will feature presentations from 2021 beneficiaries, local elected officials, representatives from local LGBTQ organizations and performances by local talent. There will also be a Peace Love Pride wedding.

During the broadcast there will be opportunities to make donations to Pride San Antonio’s beneficiaries: The Lone Star chapter of American Veterans for Equal Rights; BEAT AIDS; Fiesta Youth; the Metropolitan Community Church of San Antonio; the Rape Crisis Center; the LGBTQA Coalition at Texas A&M University at San Antonio; We Are Alive; and the Living Church at Woodlawn Pointe.

This summer, Pride is for the whole family. Centro San Antonio and SA Lovelist are hosting the second annual Family...