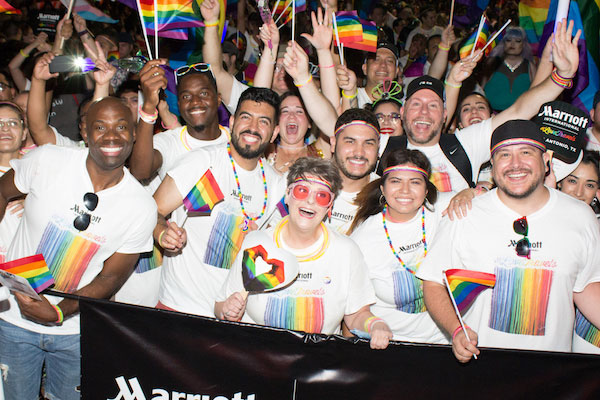 Pride San Antonio, organizers of the Pride Bigger Than Texas Festival and Parade, announced on May 1 that both events, slated for June 27, will be replaced by a virtual celebration instead.

A statement sent to Out In SA from James Poindexter, board secretary of Pride S.A. says, “The Board of Directors of Pride San Antonio Inc. has come to an important decision regarding Pride Bigger Than Texas 2020. In an effort to maximize the safety and well-being of our community and to continue to control the spread of COVID-19 we have opted to move Pride Bigger Than Texas 2020 to a virtual platform.”

The virtual celebration, dubbed “Celebrate PRIDE365,” will take place on June 27 as part of the streaming of Global Pride, a 24-hour digital, worldwide Pride celebration organized by InterPride, a global federation of Pride organizations, and the European Pride Organizers Association. More details will be forthcoming regarding the exact times and streaming platforms.

According to the Pride board’s announcement, “This event will feature presentations from our 2020 beneficiaries, local elected officials, performances by local talent, and of course our Pride Bigger Than Texas emcees Autumn Summers, Eryca Daniels, and George Perez.”

The list of performers includes the Original Cover Girls, Tejano legend Shelly Lares, and a special appearance by vocalist Angel Bonilla from Season 14 of The Voice.

Besides San Antonio, the only other large city in Texas that has cancelled Pride events is El Paso.

As of April 30, the Pride websites for Dallas, Houston and Austin indicate they are planning to go forward with festivals and parades. Dallas has slated July 25 and 26 for their events, Houston’s are targeted for Fall 2020, and Austin’s are scheduled for August 15.

“Our most important concern and priority is the safety, security, health, and overall well-being of our community and nation,” the Pride S.A statement said. “Our board of directors feel that this decision is in the best interest of our community and this will allow us all to move through these trying times and look with great PRIDE and Positivity to 2021.” 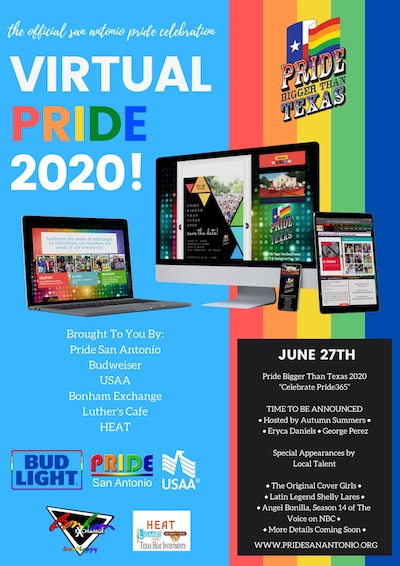 At a news conference earlier this week, Governor Greg Abbott said he was letting the state's stay-at-home order expire on...