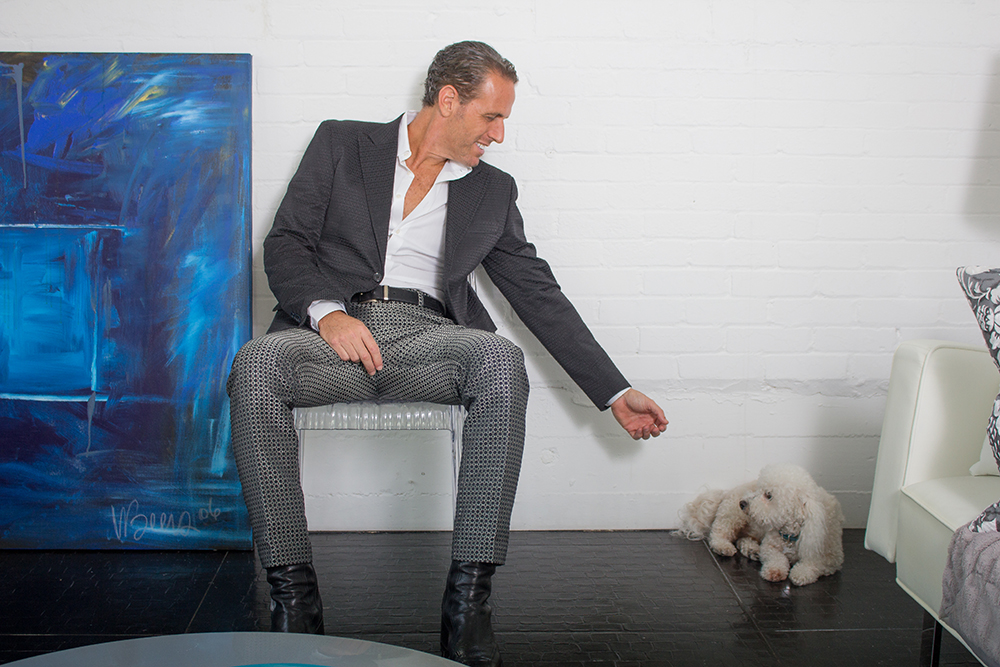 “I like to be in restaurants, and it’s even better when you aren’t responsible.”

On rare days when he has more time, Andrew Goodman follows a six-mile walking regimen on the river’s Mission Reach hike-and-bike trails. Busier days, the circuit can be cut to two miles down and two miles back. Goodman, owner and main meeter-and-greeter at  Southtown’s Feast, has a lot on his plate these days, what with the openings of Rebelle and Haunt, restaurant and bar respectively, at the recently refurbished St. Anthony Hotel. “Haunt opened by August,” says the newly minted hospitality mogul. Rebelle is not far behind.

Four years ago, Goodman opened Feast after a career in antiques and scented candles. “Everybody always says, ‘Oh, I could run a restaurant,’ and then this spot became available.” Realizing the risk involved, he nonetheless took the plunge.

But not without first securing a chef he respected. “I told Stefan [Bowers—then at 20nine Restaurant and Wine Bar] that I wouldn’t sign the lease without him agreeing to come onboard.” That was four years ago. Bowers and much of the debut staff are still at Feast, and the place is humming—especially at brunch, which Goodman calls “a monster—there are lines of 20 to 50 people at 10:30 on a Sunday.” This almost in spite of the décor, which “some people find sterile,” he admits—or maybe more accurately, not what they would expect adjacent to staid King William. “But once they get past [the décor], they get it,” he says.

The not-quite-closet designer in Goodman is coming out even more forcefully at Rebelle, where he is effectively in charge of everything from chairs to marble bar tops. And he’ll soon have another, more casual outlet for creativity in the transformation of a decommissioned firehouse at the entrance to Southtown into an Italian restaurant—with Bowers again behind the culinary program.

Somehow, Goodman does find time to work with a personal trainer and to indulge his other recreational pastime: eating out. “Being in the business hasn’t killed it for me,” he says. “I like to be in restaurants, and it’s even better when you aren’t responsible.”

Mixing work and pleasure, he and Bowers have done eating tours of Chicago, San Francisco, and Napa Valley. And this fall, he’s really getting away, with a European junket that involves being on a cruise ship for 10 out of the 15 days. “It’s a forced distance from business,” Goodman says. Good luck with that.