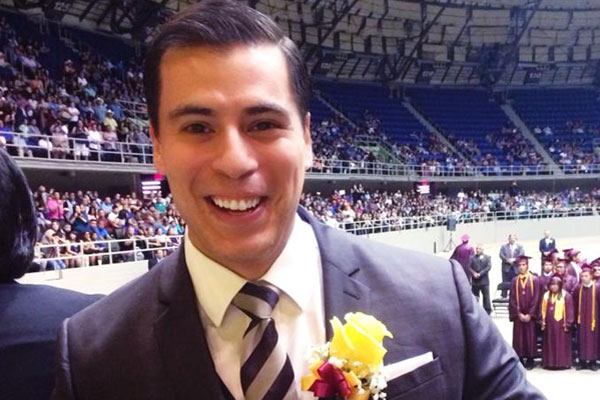 On Monday, September 21, members of Stonewall Democrats of San Antonio voted to endorse Anthony Alcoser for State Representative District 118, in the special election that will be on the November 3 general election ballot.

The legislative seat became vacant when State Rep. Joe Farias resigned last month before his term was supposed to end in December 2016.

Six candidates – three Democrats and three Republicans – filed to run in the special election. The three Democrats, Alcoser, Gabe Farias and Tomas Uresti all submitted questionnaires. Alcoser and Farias appeared in person to speak to Stonewall members at the candidate forum. Uresti was represented by his nephew, Justin Uresti.

Anthony Alcoser is the director of development at Texas A&M University- SA and is the former president of the Harlandale ISD board of trustees.

Gabe Farias is the son of Joe Farias and is currently president and CEO of the West San Antonio Chamber of Commerce.

Tomas Uresti is the brother of State Senator Carlos Uresti and was recently elected to the Harlandale ISD Board of Trustees.

If none of the six candidates in this race musters more than 50 percent of the vote on November 3, a runoff election will be held on January 19, 2016. This is only six weeks before the March 1 Texas primary elections at which time this race will be on the ballot again.

The crescent-shaped District 118 is a diverse district that encompasses a large chunk of San Antonio’s south side and swings north to encompass far east and far northeast Bexar County, including Live Oak and Universal City.

Early voting for the November 3 elections begins on Monday, October 19 and ends on Friday, October 30. Sample ballots will be available soon on the Bexar County Elections Department website at elections.bexar.org.

Out of the kitchen: Chuck Hernandez

“I do like to cuss and drink beer. “I’m thinking it must be some kind of convergence,” speculates Chuck Hernandez....