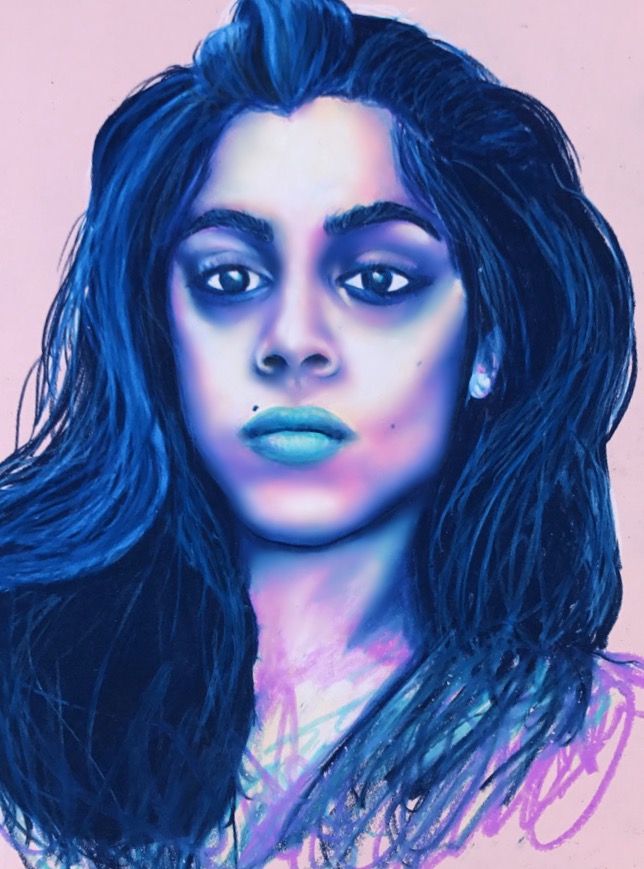 “Some say you must look the part in order to play the part, but as much as gender can be performative, ultimately, it is derived from the individual’s self-determined identity regardless of appearances.”

Recently, I visited my local sexual health clinic for a routine STI screening, and despite having gone to the same clinic for almost three years, this trip was very different. For starters, it was the first time I could provide identification that had my true name and gender marker, which made filling out the initial clinic paperwork much less stressful. That is, until one of the front desk workers called me up to the her window to ask me a question.

“Have you … fully transformed?” she asked in a whisper while pointing to the section on a form where I indicated that I am transgender. I wasn’t exactly sure what she was asking, but I didn’t feel like announcing all my business in the crowded waiting room, so I responded with an unassured yes, assuming she was referring to transitioning.

“Thank you; you look great by the way! Very pretty,” she said, increasing her volume and her enthusiasm so that the whole waiting room heard her, which drew more attention to me. As I returned to my seat, I recalled the handful of times I’ve visited this clinic since I came out as transgender nearly two years ago and concluded that I have never been asked directly about any aspect of my transition, nor have I been complimented on my appearance by a staff member.

When I was finally called to the back by a female nurse, she led me to a single-stall bathroom and handed me a cotton swab and asked if I’d ever done a vaginal swab on myself before. Perplexed because I have not had (nor do I want) gender-confirming surgery, I told her flat out that I do not have a vagina.

“Oh my God, I am so sorry, let me go get you a cup,” she responded in a fluster as she walked away, leaving me to wait in the bathroom with my discomfort. Once again, my mind got to wondering. Did the front desk worker tell the nurse that I had a vagina? Did the nurse skip over the box I marked to inform them of my trans status? What do you even do with a vaginal swab?

Once I finished up in the bathroom and had my blood drawn, a male nurse led me to an examination room, where he proceeded to ask me questions about my recent sexual history, some of which seemed invasive and unclear. One that stood out, which I cannot recall ever being asked at the clinic before, was about the sexual orientation of my male sexual partners and whether they were typically straight, bi or gay, to which I responded by stating that any man attracted to me isn’t gay because I’m a woman.

Sensing that I took offense, he assured me that he understood where I was coming from and proceeded to iterate how good I looked with a tone like the front desk worker’s but with greater intensity, thus continuing the trend of awkward clinic moments pertaining to my transness and/or appearance.

Thankfully, when I was finally seen by the doctor, she was versed in trans terminology, spoke to me with nuance and respect to my identity and made sure that I was comfortable throughout the physical parts of the examination, which greatly improved the overall experience. Unfortunately, that improvement was quickly canceled out when a fellow patient attempted to flirt with me as we waited in line to pay for our respective sexual health services. And that’s when it dawned on me.

In that specific context, I was passing for cisgender and that perception of my so-called passibility informed how people treated me.

The front desk worker whispered when she asked about my transition as though I were stealth (a trans person who passes and doesn’t openly disclose their trans status), and she followed up with a compliment to validate or reassure me. The female nurse likely assumed I had a vagina because she thought I was either a cis woman or a trans woman who had gender-affirming surgery to emulate cis womanhood. The male nurse made comments about my attractiveness when he realized I dated straight men, which in turn made me uncomfortable because I had also just described my sex life to him in detail. And the guy who hit on me while waiting in line at the pay window was just a dog looking for a bone.

Now, it is quite possible that every single one of these people I encountered read me as trans, but as I’ve said, I’ve been to that same clinic multiple times but never received the kind of treatment I did during this trip. So what made it so different?

Well, for starters, in the time between my last screening at the clinic, my boobs and hips grew significantly, I zapped nearly all traces of facial hair into oblivion and I increased my knowledge and application of feminizing makeup techniques — all of which I’ve done to stave off my gender dysphoria. In other words, the further along I get into my transition, the more I start to resemble the beauty standards associated with stereotypical femininity, which in turn inclines people to generally treat me like they would a cis woman — even if they know I’m trans.

There are several problems with this, the most obvious being that trans women should not, and many cannot, adhere to the rigid standards of feminine beauty that are enforced on us to earn our claim to womanhood. We shouldn’t have to earn how we inherently deserve to be treated. And I know firsthand that if you’re trans and you go out in public and you do not abide by strict cis-centric standards of presentation, you will receive backlash.

Another issue is that passibility is contingent on context. The other day I went to H-E-B without makeup on, donning my usual crop top/mini-skirt combo, and I was laughed at by a group of men the minute I walked in. So it becomes a false sense of security when we can stumble into the wrong lighting and suddenly it’s back to square one.

Some say you must look the part in order to play the part, but as much as gender can be performative, ultimately, it is derived from the individual’s self-determined identity regardless of appearances. Validating one trans person’s gender identity because they pass for cis while invalidating another trans person’s because they don’t sends the message that we are only real or authentic if we try our hardest to blend in, and that framework is inherently transphobic.

So yes, it is possible the people at the clinic read me as trans, but they accepted my womanhood because I’ve spent the last two years spending nearly all my money, time and energy to make my outsides match my insides — despite all the bullshit I’ve had to endure. And it is unfair to all the trans people who cannot afford to transition in all the ways they’d like or to all the trans people who don’t want to transition to expect them to struggle and risk everything just to fit archaic standards of gender and beauty.

Why a Colorado Case Over “Religious Refusals” Could Matter to Texas

By Emma Platoff, The Texas Tribune June 26, 2017 When the U.S. Supreme Court rules next year on a religious...