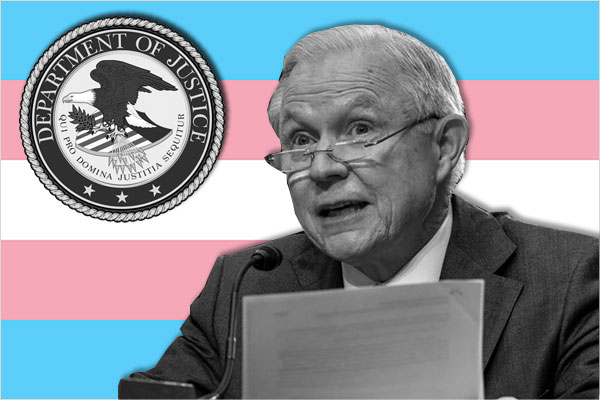 Officials from the City of San Antonio released statements in support of the city’s transgender employees after U.S. Attorney General Jeff Sessions issued a memo reversing a Justice Department policy that protected trans workers from discrimination under federal law.

In a statement to the San Antonio Current, Mayor Ron Nirenberg reacted to Sessions’ decision, saying “No person should be discriminated against in the workplace, or anywhere, because of gender identity, and it is disappointing to see Jeff Sessions turn his back on protecting the civil rights of Americans.”

San Antonio’s nondiscrimination ordinance protects trans people who work for the city and for city contractors. Nirenberg has said he would eventually like to extend those protections to private sector companies as well. “The non-discrimination ordinance was meant to ensure no one in San Antonio was treated differently for their identity,” Nirenberg told the Current in June. “It’s time to fully see that out.”

A statement Out In SA received from City Attorney Andy Segovia says Sessions’ policy reversal does not affect city employees.

“The pronouncement by Attorney General Sessions that federal law protecting against sex discrimination does not apply to transgender individuals does not change the actual law,” Segovia said. “The AG is providing its interpretation of what falls under the sex discrimination protections and how the DOJ may proceed in its review and prosecution of cases. It does not affect how courts may interpret the existing law. Consequently, the AG policy does not impact City of San Antonio employees in terms of their employment or positions with the City. The City’s nondiscrimination ordinance and administrative directive provides protections that go beyond what is provided under Federal law, and the AG’s policy change does not require any change to the City’s position or ordinance.”

“The DOJ’s jaw-dropping policy conflicts with years of interpretation from both the U.S. Supreme Court and federal circuit courts,” Sarah Warbelow, legal director for the Human Rights Campaign, said in a statement. “Sessions is openly directing the Department to ignore their responsibilities in protecting the civil rights of all Americans. Transgender workers deserve to know their government will have their back when they’re faced with discrimination.”

A San Antonio attorney will be one of three LGBT legal activists to be honored by the American Bar Association's...