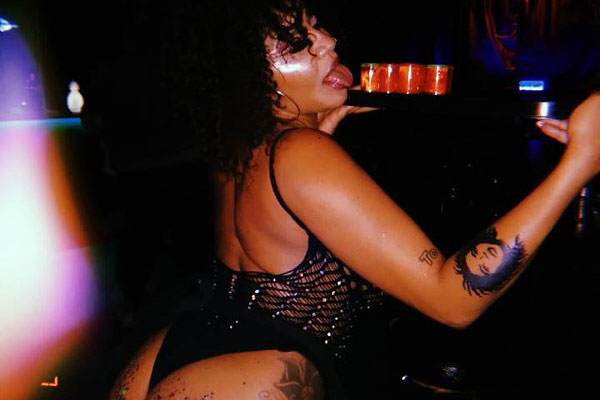 When some friends invited me to check out this party called Glitter Baby, I thought, “My old gay ass don’t really go to parties anymore.” However, I was curious because of where they were throwing the event – The Gallery, formerly Hardbodies on North St. Mary’s Street.

“It’s an event that is being put together by queer artists for the queer community,” Ryan messaged me through Facebook. “We plan on highlighting and glorifying parts of the spectrum that SA’s lgbtq+ scene has a tendency to shit on or sweep under the carpet. We aren’t going to be catering to heteronormativity whatsoever and are going deeper than just Ariana and RuPaul.”

This intrigued me. So last week, I showed up. What I saw was a multigenerational sea of queer folk – some in leather harnesses, some in glitter, some in both, dancing and watching a mix of performances on stage – everything from rapping to burlesque and vogueing. It was nothing I had ever really seen in San Antonio before, and I really felt a sense of family and relief knowing that this next generation of young LGBTQ folk in San Antonio would have a space to be themselves without feeling like they have to fit into a certain “category” of queerness.

While Ryan is definitely the ringleader for these events, which will happen every Thursday indefinitely, the whole show is put on by a collective he founded called The PLASTIK. It’s made up of performers, producers, artists and DJs, including Shayla Shimmy, Gilbert Votion, StreetQueer, Girl6, X, Melody Mala, and HVXVN. 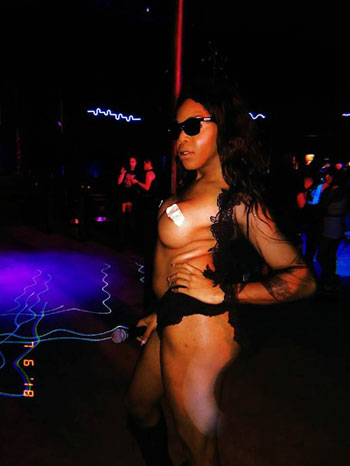 Girl6 (Natalie Hilton) MC for The Plastik during Glitter Baby

“I founded The PLASTIK because I saw a whole bunch of queer creatives that needed a family-charged platform,” Ryan said. “All of us were going through some very transitional experiences that were close to inhibiting us individually as artists, so I formed a group of artists that I had worked with before that I know needed like-minded people as a support system. The main goal for The PLASTIK is to create a experiential safe space for SA’s queer community every week. There are a ton of gay bars in SA, but all of them are either extremely heteronormative or only pander towards a certain gay demographic.”

The Gallery owner Randi Simpson told mySA.com that she and her business partners Kenny Simpson and Joe Griffin saw that St. Mary’s Strip was changing and wanted to adapt to that change. “[We want] to branch out and reach a wider audience, be part of that change,” said Simpson, who explained offering live music and having a dance floor will help achieve that.

Every Thursday, The PLASTIK will throw a themed party with an open invitation to LGBTQs of all shapes, sizes, pronouns and backgrounds with a goal of celebrating diversity in the queer community and to destroy the stigmas that still exist within it.

Last night’s theme was called Pillow Talk and featured performances members of the PLASTIK, a guest appearance from the spookiest queen in the Alamo City, Miss Taint, and a pillow fight on the dance floor.

Sitting Down with Unerasable Graciela Sanchez

Originally published in the San Antonio Current. I’m sitting at Sweet Yams Café on the city’s East Side with Graciela...