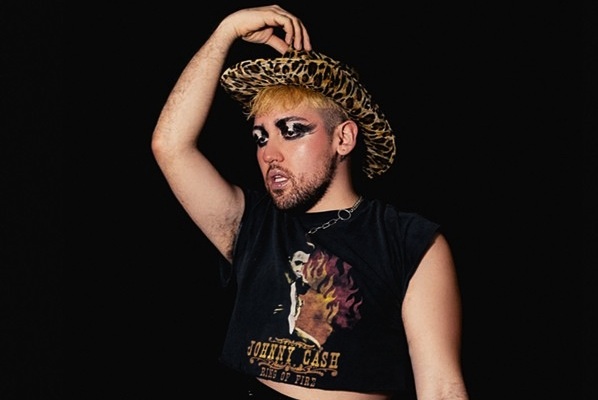 On a hot July night two years ago, bass frequencies rattled the walls of the Gallery — a former male strip club remade into a music venue — as it held the first of many crowded parties that became a North St. Mary’s Street oasis for LGBTQ-identifying youths. As the dancing worked toward a crescendo, 21-year-old San Antonio rapper Dorian Delafuente took the stage, unleashing ferocious rapid-fire verses.

The audience drew closer, drawn as if by a magnet. This kid was good. And not just good for being gay. Between his confident stage persona and technical rap cadences, it was clear to anyone watching that night that Delafuente had that thing — a charisma and spark that could stand out not just in San Antonio but on a national stage.

Fast forward to 2020, and that national attention is starting to pile up for Delafuente, who raps under the moniker BabiBoi. Publications such as Billboard and Paste Magazine have taken note of the hard-hitting tracks he’s dropped as monthly singles since the beginning of 2020. He’s also found a platform through House of Lepore, a collective of queer San Antonio performance artists.

We caught up with BabiBoi to find out what shaped his musical approach and what it’s like being an unabashedly queer rapper in SA. 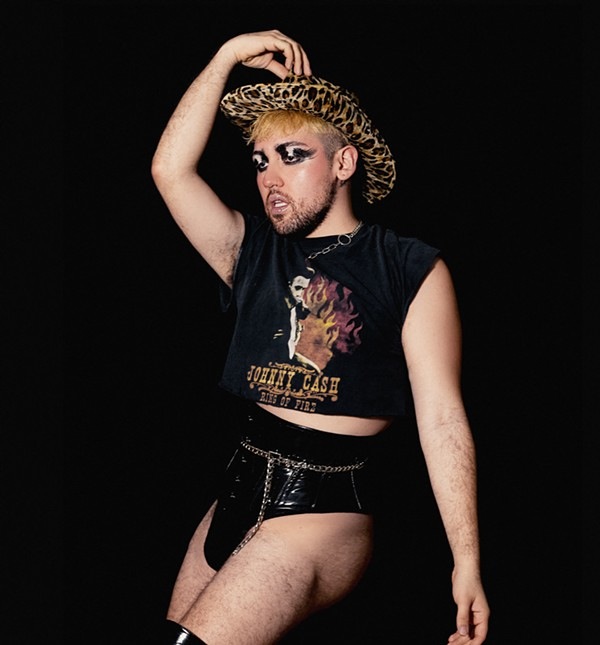 You’ve gotten recent love from big platforms such as Billboard. How does that feel?
It feels like my work is paying off, and I’m getting the recognition that I never thought I would get. It feels really good, and I’m trying now to figure out what steps I can take to move forward — and, luckily, I’ve been getting good responses. Unfortunately, COVID-19 happened, [when] I had a lot of exciting things ready for this summer. So, now I’m back at the table and rehashing things out to see what I can do next to make this a productive summer.

Got any new music in the works?
I do. I have a single called “Molasses” and a music video for it. I was originally planning to release it in June, but the way the climate of the world is looking right now with Black Lives Matter, I don’t know if I feel comfortable promoting my own music right now. So, it’s in my bag, but I’m just waiting for an appropriate time to put out content.

Growing up, what were some of your biggest musical inspirations?
I’ve always been obsessed with Nicki Minaj and Foxy Brown. I think that’s really apparent in my flow and in my sound. Really, the sexy, raunchy girls. I’ve always thought it was so cool that they could come into the hip-hop industry and own their sexuality in a fierce way, and I wanted to do the same thing with my music. When I started making music I was like, “Well, if they can be so explicit with their music, so can I.” Brooke Candy, Azealia Banks, Missy Elliott. I like how Missy can do so many unique sounds and make it fresh. Also, the first record I owned was [Lauryn Hill’s] The Miseducation of Lauryn Hill. I think I got the record when I was 12. My dad was a really big Fugees fan, and we would listen to The Score all the time. And when we listened to that record I was always obsessed with Lauryn Hill, because I was a little gay boy. (Laughs.) And I was like, “Who is this girl?”

How do those influences come out in your music?
I think all of those people are unapologetic, for one. They’re all aware of who they are and where they stand in the hip-hop industry. They’re so epic. They say what they want to say whenever they want to say it, and I love that, and I always do that with my music. And especially with Nicki Minaj, when she came in, she was surrounded by a bunch of straight guys and didn’t take shit from anybody, and I follow that mentality. I always tell people to walk into a room like you deserve to be there. … So, whenever I get booked for gigs, especially straight lineups, I always walk in with my chest out and my chin up.

What’s been your experience being the only queer rapper on a bill?
I love getting booked on all-straight lineups, because that’s when I’m like, “Oh, y’all thought I was gay before? Well, I’m gonna be gay as fuck!” (Laughs.) Every time I perform at these kinds of shows, all the girls live for it, but the straight guys will put their head down or pretend that they’re talking.

So, you’ve seen that reaction?
Oh totally, totally, yeah. I’ve seen guys leave the audience section and stand along the wall. And I always make it a point to call them out and be like, “What’s tea? If y’all can come up here and talk a bunch of shit, then I can too.” [But] every time I perform, there are a lot of straight guys who will come up to me afterward and be like “I really love what you’re doing” and “I love your sound.”

Are you afraid of physical danger as a performer or out and about in everyday life?
If I perform at a straight show, I feel like the promoters know who I am and respect me as an artist, and I expect to be treated with respect and feel safe. On the streets, I guess I have [been afraid of physical violence] a few times — not very often. I’m never in places where people aren’t at least a little bit queer-friendly. I feel like a lot of people are more brave to say things online than they are in person, but I have been called a faggot from a passing car a couple times. … When I perform at shows that are away from the [St. Mary’s Strip], I sort of have to think about, “OK, how do I look right now?” and “How do I walk to the venue without everyone looking at me?” Or, if it’s late at night, “How do I get to a venue without feeling like I’m going to be attacked?” and “If I’m attacked, what is around me where I can defend myself?” … And that’s weird to feel that way as an artist when you’re just trying to do a show.

A new ruling from the U.S. Supreme Court makes clear that it violates federal law to fire an employee on...