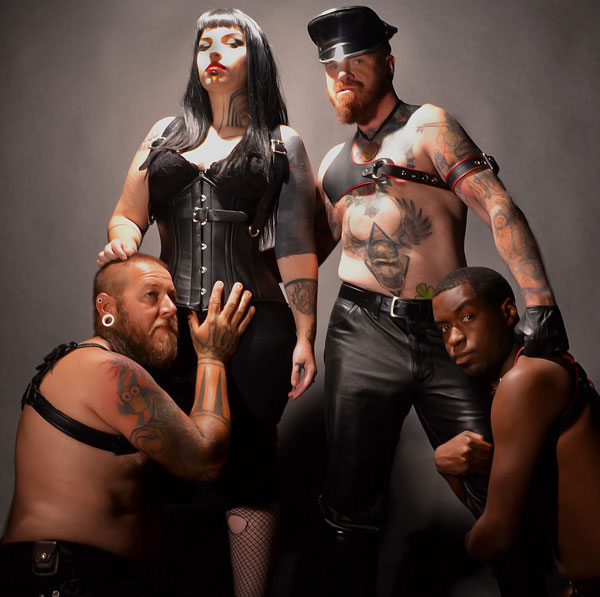 Police and the TABC raided the Mad Marlin Bar during the Mr. Alamo City Leather contest on February 6. (Courtesy photo)

The Mr. Alamo City Leather and Alamo City Bootblack contests were underway at the Mad Marlin Bar on Saturday, February 6 when police and officials from the Texas Alcohol and Beverage Commission raided the club which is located at 8123 Broadway.

According to a report in the Leather Journal, it was about 10:30 p.m., when police “swept through Mad Marlin’s basement and parking lot” just as organizers were about to announce the contest winners.

Once inside the bar, police asked customers to either finish their drinks or dump them out. The Leather Journal reports police announced “that persons with faces not matching their photo ID could be ticketed and or arrested.”

Event producer Steven Parker told the Leather Journal, “TABC told me during their raid that we did nothing wrong and they were going after the bar.”

The contests at the Mad Marlin were being conducted as part of the annual Alamo City Leather and Fetish Weekend, a three-day event that included live demos, jock auctions, kinky karaoke and a wide array of leather and fetish classes. Proceeds from the weekend benefitted Project H.O.T. and the Leather Heart Foundation.

Mad Marlin opened in January 2015. According to records from the TABC, the bar was given a written warning in July for failure to report a breach of the peace, which is defined as “some form of disorderly conduct, such as fighting or threatening to fight in public, causing excessively loud noise, by shouting, or playing loud music.”

In December, a man and a woman were victims of a shooting in the Mad Marlin parking lot. At the time, the San Antonio Express-News reported “neither of the victims witnessed the shooting and were unable to give a description of the alleged shooter, who remains at large.”

Last January, Fox San Antonio reported several bars in area where the Mad Marlin is located are plagued by fights, noise and parking issues. The problem is so acute that local residents have complained to members of the City Council.

Fox San Antonio tracked crime in the area and found there have been several reports of disorderly conduct, public intoxication, vandalism and drug violations.

District 10 City Councilman Mike Gallagher told Fox he was “working toward a resolution with all parties involved; including code enforcement, and the San Antonio Police Department.”

Out In SA contacted the SAPD’s Public Information Office which confirmed police were at the Mad Marlin but was told the police report for Saturday’s incident was not available.

Since 1999, National Black HIV/AIDS Awareness Day has been observed on February 7 to educate and bring awareness to members of...