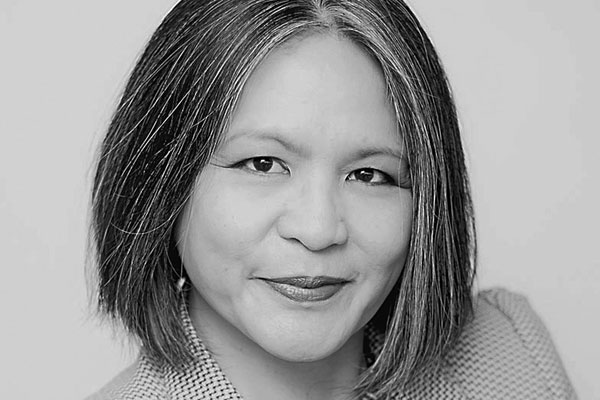 Beloved Austin LGBT activist and city council staffer, Ceci Gratias, will be honored by the National Gay & Lesbian Chamber of Commerce and Austin Mayor Steve Adler following her death from cancer on November 5.

On November 12, a memorial celebration for Gratias will be held at the Austin City Hall during which Mayor Adler will read a proclamation in her honor. Later this month, the National Gay & Lesbian Chamber of Commerce will commemorate her life and legacy at their annual National Dinner in Washington DC.

Gratias was a native of the Philippines who moved to Austin in the late 1980’s. Most recently, she worked as the District 6 constituent relations director under City Councilman Jimmy Flannigan who was her best friend of nearly 20 years. She and Flannigan met as fellow board members of the Austin Gay and Lesbian Chamber of Commerce. According to Gratias’ obituary, “The two pals volunteered in various capacities, including coordination of early Pride festivals and parades. Their work marked the AGLCC’s greatest period of growth and innovation, greatly expanding the mission, goals, and outreach.”

Earlier this year, the Human Rights Campaign honored Gartias at their Austin gala with the 2017 Bettie Naylor Award for promoting and embodying LGBT visibility.

In commenting on Gratias’ work in the community, The Austin Chronicle said in a 2015 profile, “What is the word for a person who remains hopeful in spite of overwhelming odds? To describe Ceci Gratias as simply an optimist is to miss one of her fundamental character features, that her joy is informed by countless years of working this community from one end to the other . . . We challenge any local activist to match that range.”

Memorial and Celebration of Life in honor of Cecilia “Ceci” Lourdes Bulaong Gratias, Sunday, November 12, 4 p.m. at Austin City Hall, 301 W. 2nd Street, in the Plaza. Participants are asked to wear all shades of purple, Ceci’s favorite color. After the memorial, there will be a march from City Hall down Congress Avenue to Oilcan Harry’s on 4th Street to celebrate her life.

Originally published in the San Antonio Current We're not sure how we missed this (it probably got pushed down our...