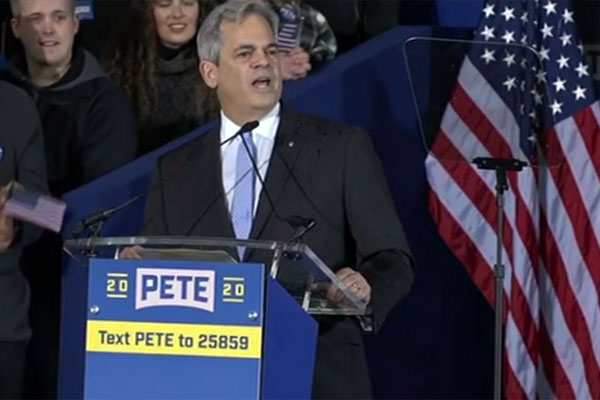 Steve Adler, the Mayor of Austin, Texas, threw his support behind Pete Buttigieg for president at the launch of the candidate’s campaign in South Bend, Indiana, on Sunday, April 14.

Adler had the distinction of being chosen to introduce Buttigieg at the rally.

“. . . I was looking for and I found in Mayor Pete a true executive, a mayor whose skills and talents transcend all of that. Mayor Pete is a mayor’s mayor,” Adler told the crowd. “He is a mayor among mayors. I am standing here today with other mayors because we know something that this country needs to know, and we are in a unique position to know it. We can answer the question that many in America are asking. Yes, America, Mayor Pete really is that special.” 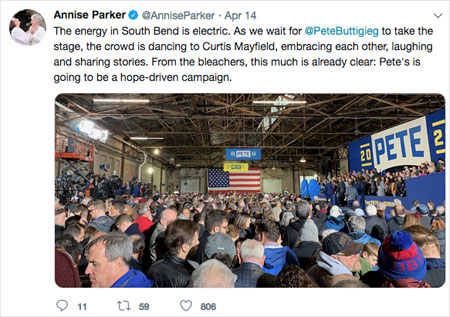 Also present at the event was former Houston Mayor Annise Parker, who is now president and CEO of the Victory Fund. She tweeted, “The energy in South Bend is electric.”

According to a report by Spectrum News, Adler and Buttigieg have been friends for years. Adler and his wife attended Buttigieg’s wedding to his husband, Chasten Buttigieg.

“He is just incredibly smart, he is someone that is doing great things in his community. He has a way of making people understand complicated issues, he has a way of dealing with issues,” Adler told Spectrum News.

Adler’s endorsement precludes his endorsing either of the two Texas candidates who have thrown their hats into the presidential race.

“I like Julian (Castro) and Beto, they’re both really good people,” Adler told the Austin Chronicle. “But I’ve offered to help Pete in any way I can.”

Using a loophole from Robert's Rules of Order, City Councilman and mayoral candidate Greg Brockhouse announced that he will seek...