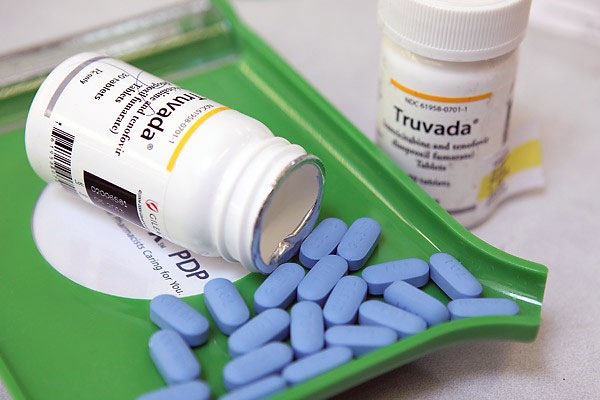 There are plans to open a clinic downtown that would provide information and access to PrEP, the HIV prevention drug.

A professor from the University of Texas at San Antonio is working on opening a clinic downtown which will provide individuals with information about and access to PrEP, an FDA approved HIV prevention medication.

PrEP (preexposure prophylaxis), which is sold under the brand name Truvada, has been on the market for HIV treatment since 2004, but wasn’t approved by the FDA until 2012. HIV negative people take the pill daily to prevent them from contracting the virus.

According to an October 20 post on the UTSA Today blog, Phillip Schnarrs, assistant professor in the Department of Kinesiology, Health, and Nutrition, plans to open the clinic in collaboration with the South Texas Consortium for HIV and STI Research, the University of Texas Health Science Center San Antonio, the South Texas Veteran Health Care System and the San Antonio Military Medical Center.

Schnarrs says the clinic will most likely be housed at the UTSA downtown campus.

“We are in the process of trying to figure out how to best increase awareness and access to PrEP in San Antonio,” said Schnarrs, who also serves as the research director for the Austin PrEP Access Project. “With a changing culture regarding PrEP and a developing support network for PrEP, we realized that this might be the time to begin to build capacity to support this project and seek funding from the National Institutes of Minority Health and Health Disparities.”

Like the Austin project, PrEP Access San Antonio (PASA) will provide individuals with information about and access to PrEP, an FDA approved, HIV prevention medication. PrEP is given to HIV negative people to prevent them from contracting the virus.

“Recent research out of San Francisco has shown that PrEP has the potential to reduce transmission of HIV by more than 90 percent, which is more effective than condoms,” Schnarrs said. “In a more recent study, zero men out of 625 participants contracted HIV over a two-and-a-half year period.”

In addition to PrEP access, outreach and education, PASA will also help patients find ways to make the medication — which can cost up to $1,500 a month — more affordable. At the Austin PrEP Access Project, more than 95 percent of the patients have access to PrEP for free.

In the post Schnarrs says the clinic will work with local AIDS service organizations and private practice physicians in “developing increased capacity.”  The eventual goal is to open PrEP clinics across the state of Texas.

“For me, community and sexual health research is not just about reducing risk behaviors and improving health outcomes,” says Schnarrs. “It’s more so about empowering the disenfranchised, building community capacity for political and social mobilization, and using my privilege to help dismantle systems of oppression.”

HRC to honor Eric Alva with award for lifetime advocacy

The San Antonio chapter of the Human Rights Campaign announced this week that retired Marine Sergeant Eric Alva will be...