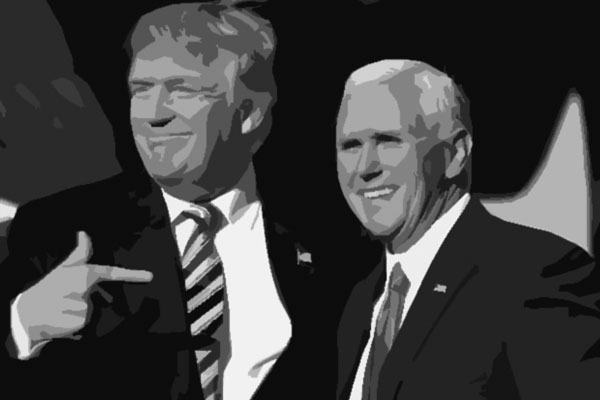 The hopes of federal legislation protecting LGBT people is slim to none in the Trump administration.

This election didn’t end the way many people wanted, and even more didn’t expect. I’m not one to scream “the sky is falling,” but for the LGBT community, particularly the trans community, I’m saddened to predict cloudy skies with a strong chance of thunderstorms come 2017.

We don’t know exactly what Donald Trump will do regarding the several pro-LGBT executive orders signed by President Obama; nor do we know how he’ll instruct his Departments of Labor and Education on whether to keep interpreting gender identity and expression as a subset of sex discrimination.

What we do know is that the vice president-elect is vehemently anti-LGBT, and with Republicans maintaining control of both chambers of Congress, the hopes of federal legislation protecting LGBT people is slim to none.

An even greater concern is the Texas Legislature, which will begin its bi-annual session shortly before Mr. Trump is sworn in – creating a great strain on LGBT advocacy groups who must fight on the federal and state fronts simultaneously.

Besides the looming “bathroom bill,” the Legislature will likely see companion anti-trans bills, including laws prohibiting cities from enacting ordinances protecting LGBT people, and an effort to prevent state agencies from issuing identification documents with any other gender marker than the person’s biological gender at birth.

The legal community is bracing for the onslaught of the unknown, and trying to help clients cope with the uncertainty of what’s to come in the months ahead. The truth is, no one knows exactly what will happen, and what to do in response of what does.

So, what are trans people to do now to help insulate them from the stormy weather ahead? First, proceed with a name and gender marker change right away, and get your identification documents updated. Make it a priority – more than vacations and Christmas gifts. Your identity is essential to living the life you deserve and desire. Don’t delay, because that option may not be around for much longer.

If the Texas Legislature changes the law, it likely won’t take effect until September, unless it passes by a two-thirds majority (which Republicans are one set away from in both chambers), the law can become effective immediately – possibly by February.  Start now!

Second, if you have claims or complaints related to LGBT discrimination or benefits, lodge them now. It will take a potential anti-LGBT Trump administration several months to implement any anti-LGBT policies. So, if you have employment discrimination complaints, or a claim for benefits from some governmental agency, get them on the books within the next 60 days. It will increase the likelihood the claim may be resolved before new policies are implemented.

Finally, be ready to get in the trenches and fight for equality. Don’t assume someone else is doing it on your behalf. Don’t count on someone else to show up at meetings, talk to legislators, share your story, or discuss the impact proposed bills would have on you and your family. It takes sacrifice. It takes time. It takes resources. And for too many it has taken their blood, sweat, and tears.

We may be tired.  We may think we’ve made a lot of strides in recent years, but that progress can be rolled back if we do nothing. Our community needs every member and every ally possible.  Every cloud has a silver lining, and if we all get involved, we can light up the sky!

Justin P. Nichols is an attorney whose advocacy has brought him to local prominence. In 2014, he represented a client who filed the first complaint under the city’s nondiscrimination ordinance. Most recently, his office started offering free legal assistance with name and gender marker changes for transgender people in Bexar County.

The Alamo Area Resource Center has opened the first non-profit clinic in South Texas to provide health services for the...