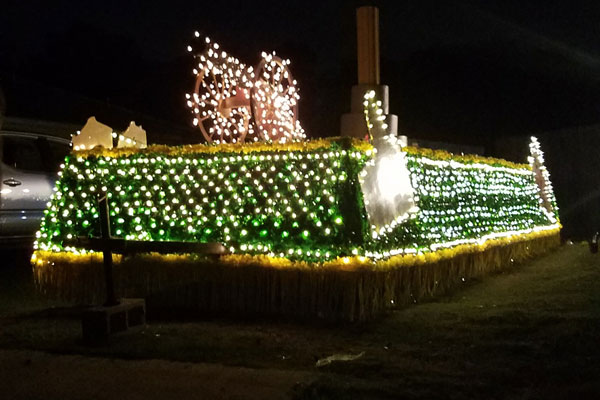 Volunteers with Pride San Antonio have spent the past few weeks planning and executing the design of their float in this year’s Fiesta Flambeau Parade on Saturday night, April 28.

The work includes not only building the lighted float but creating costumes as well. This year’s parade entry has a quinceañera theme, a nod to the fact that Pride SA is celebrating its 15th anniversary.

“There will be 12 people on the float in gender-bending quinceañera costumes featuring drag kings and drag queens wearing pairings of every shade of the rainbow flag,” James Poindexter, Pride SA’s board secretary told Out In SA. “There will also be six gender-bending couples walking along the sides of the float, who will interact with the crowd while wearing vests and dresses in the rainbow flag colors.”

The float will be highlighted in green and gold with white lights and San Antonio landmarks like the Alamo and the missions. 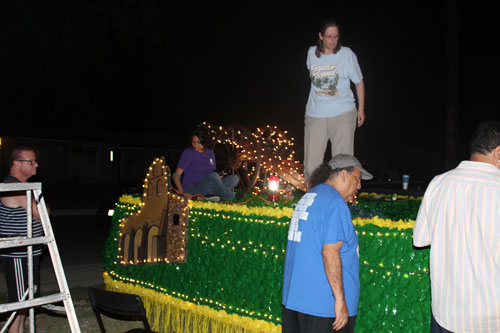 “In the tradition of the quinceañera, we have invited friends and family to help us celebrate this auspicious occasion,” Poindexter adds. “Our parade entry boasts an artistic performance and presentation featuring LGBTs and their allies.”

This is the fifth year Pride SA participates in the Flambeau, having won a couple of awards in past years. The completed float will be unveiled on the night of the parade where it will appear in the lineup’s section D38.

An art exhibit by students at SAY Sí titled, Stories Seldom Told: Omitted Histories, which opens on May 4, will...