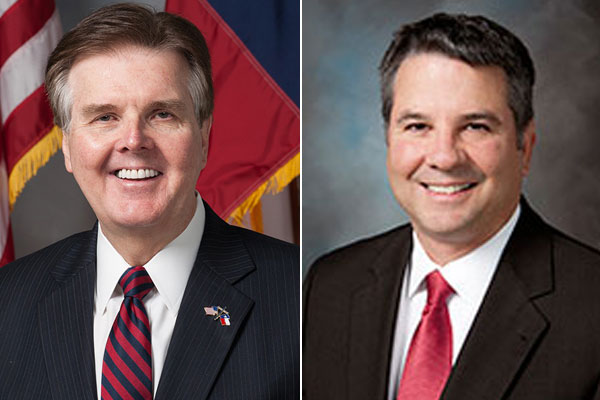 Remember when Republican Lt. Gov. Dan Patrick told the world there would be “no bathroom bill” this legislative session?

Senate Bill 17, which advanced to the full Texas Senate earlier this week, may not ban transgender people from using public bathrooms, but its outcome is just as worrisome to LGBTQ Texans.

The new measure, introduced by Sen. Charles Perry, R-Lubbock, would allow licensed professionals to deny services based on their religious beliefs. That would include doctors, mental health professionals, teachers, lawyers and even real estate agents.

“This law could particularly affect LGBTQ Texans and make them vulnerable to discrimination,” Kali Cohn, a staff attorney for ACLU Texas told Newsweek. “I think that we can see all sorts of discrimination. It covers counselors, teachers and people who are certified professionals. It can really create an environment of people to deny others based on someone’s identity, particularly to LGBTQ people.”

The bill passed out of the Senate State Affairs Committee Monday night on a 7-1 vote, which means it will receive further debate in the full Senate. Patrick, who presides over the body, has put it on his list of “must pass” bills this session.

Defenders of the bill argue its meant to protect religious liberties, but beyond the cover it provides for anti-LGBTQ discrimination, critics point out it could have serious health effects.

Trinity University sociology professor Amy Stone testified against the bill, citing her research project that surveyed 525 LGBTQ San Antonians about healthcare access. Of that number, 1 in 10 struggle to find adequate care. And, of those, 42 percent had trouble finding competent and reliable providers, sometimes facing homophobic or transphobic reactions from doctors.

“What we already have is a problem, and this bill is only going to make it so much worse,” Stone said.