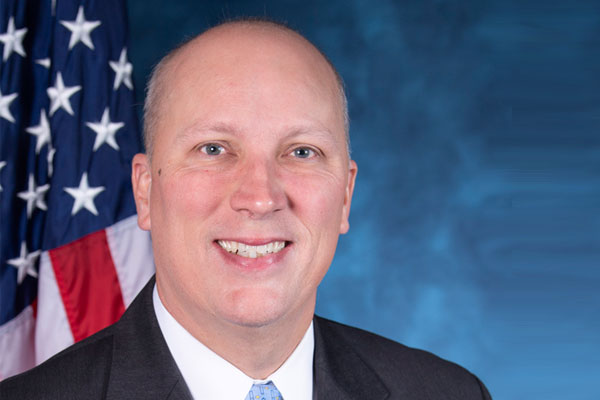 Republican Rep. Chip Roy, who represents Texas 21st Congressional District, which includes northeastern San Antonio, has sent a letter to the City Council asking for an explanation as to why it banned Chick-Fil-A from opening a restaurant at the airport.

The City Council voted on March 21 against allowing the opening of a Chick-Fil-A concession at the city’s airport citing the company’s anti-LGBTQ reputation. The vote was 6 to 4 with one abstention.

The council’s decision made a national headlines and prompted City Councilman Greg Brockhouse, who is running for mayor, to write a letter of apology to Chick-Fil-A. 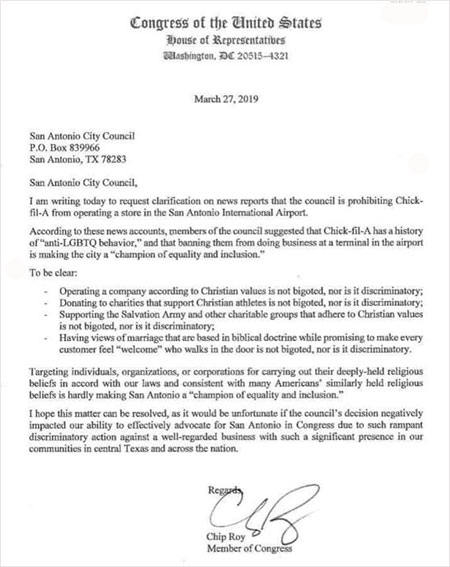 “San Antonio is a city full of compassion, and we don’t have room in our public facilities for a business with a legacy of anti-LGBTQ behavior,” District 1 Councilman Roberto C. Treviño said in a statement after the vote.

After reading Roy’s letter, Treviño told Out In SA, “I stand by our decision of City Council to remove discriminatory businesses, regardless of what protected class they are prejudice against, and it is clearly under the purview of our NDO.”

Congressman Roy disagrees with Treviño. When he posted his letter on Twitter, Roy prefaced it by writing, “Banning @ChickfilA is wrong but it’s also just an opening shot that needs to be reversed now.”

In scolding the city for its actions, Roy uses language eerily similar to that being used in anti-LGBTQ bills being considered in the Republican-led Texas Legislature.

Roy goes on to call the city’s decision a “rampant discriminatory action against a well-regarded business” saying that if the matter is not resolved it could affect his ability to “effectively advocate for San Antonio in Congress.”

This article was updated to include Councilman Trevino’s response to Congressman Roy’s letter.