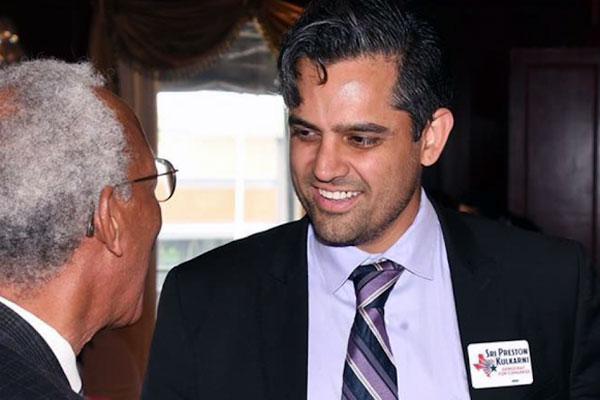 Republicans in suburban Houston have unleashed a torrent of criticism against the Democratic candidate for the 22nd Congressional District saying, among other things, that “he has a propensity to put on lots of make-up and dress like a woman.”

The candidate, Sri Preston Kulkarni, is an Indian American who’s seeking to represent a district that includes most of Fort Bend County, Texas, one of most ethnically diverse counties in the US where 20 percent of the residents are Asian, 20 percent are black, 24 percent are Hispanic and 34 percent are white.

Kulkarni, who was born in Louisiana and grew up in Houston, earned a bachelor’s degree from the University of Texas and a master’s degree in public administration from Harvard University. He joined the US Foreign Service in 2003 and worked as a foreign service officer inside the US and overseas. He also served as a policy and defense advisor for Senator Kirsten Gillibrand.

Kulkarni left the foreign service after Donald J. Trump won the presidency telling Asian Age, “I decided that I was going to resign to come back home and run for office. Because I think we need to stand up against this idea that we should be divided up by, by race, by ethnicity, and that some people are less American than other people.”

The 22nd Congressional District is currently represented by Trump Republican Pete Olson (R-Sugar Land) whose party is keen to protect the seat by slinging mud and innuendo at Kulkarni.

A two-prong attack on Kulkarni started with an August 8 article in the Washington Times by Matt Mackowiak, chair of the Travis County Republican Party, who wrote:

. . . in Texas’ 22nd district in suburban Houston, Republican Rep. Pete Olson is being challenged by a Bernie Sanders supporter named Sri Kulkarni. The Democratic candidate appears to be unemployed, unmarried, does not own a home, and appears to be living with his female cousin in a one-bedroom dwelling.

In addition, Mr. Kulkarni has first-hand experience with the criminal justice system, having been arrested for the felony charge of cocaine possession when he was 18 years old, which was dismissed after two years of probation. He argues the nation’s drug wars are racist and is reportedly a member of the D.C. Burners Club, which celebrates Burning Man, the anything-goes, anarchic annual festival held in Nevada where free love and drug use are widespread. Truly, this is an unusual choice as a candidate for a major party who wants voters to trust him as their voice in Congress. 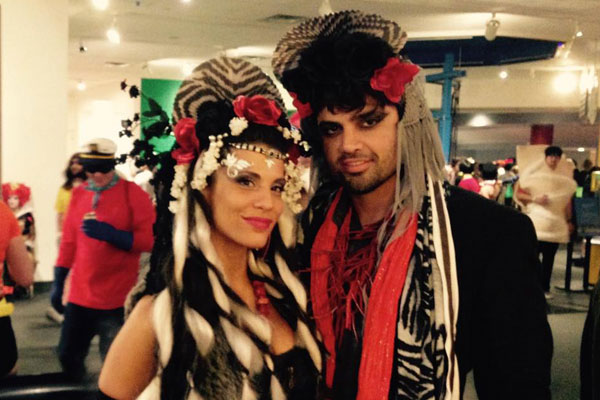 One of three photos sent out in the Fort Bend Republican Party’s email attack on Congressional candidate Sri Preston Kulkarni.

Mackowiak’s article was followed up last week with an email to voters, titled “Cross-Dressing Democrat.” In it the Fort Bend Republican Party embellishes their smears with three photos of Kulkarni in costume at parties. The email repeats the claims made in Mackowiak’s article and adds:

What the article didn’t mention is that when Kulkarni goes to these kind of parties, he has a propensity to put on lots of make-up and dress like a woman: Folks, when you couple the destructive policies embraced by this candidate along with his bizarre behavior celebrating of a drug-fueled counter-culture, we have an individual who should never represent us at any level of government.

Kulkarni is taking the attacks in stride. In a statement to OutSmart magazine he commented, “Pete Olson and the Republicans know that they can’t win on their record, so they are trying to bring this race into the mud. It is not the kind of politics Texans deserve. I especially condemn this attack for its attempt to stigmatize the LGBTQ community. I have always been a proud ally of the LGBTQ community and will continue to stand shoulder-to-shoulder with them against any form of discrimination.”

A San Antonio research team under the leadership of Dr. Ruth Ruprecht has uncovered a potential new defense against HIV,...