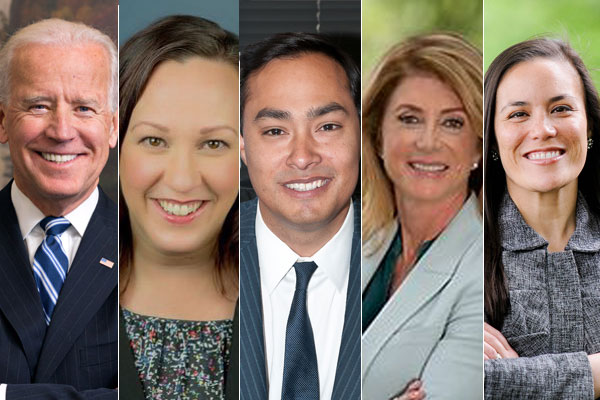 After four years of the Trump presidency, voters across the U.S. are ready to make their voices heard. The local election includes ballots for president, Congressional and U.S. Senate races, state offices ( judges, representatives and senators) and county officials including sheriff.

In Bexar County, there are over 300 polling places. Additionally, voters can use any of these locations to vote, even if they are not located in their usual voting precinct. Use this link to see the complete list of voting centers. These polling locations will be open from 7 a.m. to 7 p.m.

If you have not returned a vote by mail ballot, you must return it in person at the Bexar County Elections Department, 1103 S Frio St. in San Antonio. You may also  go to any polling center, return your blank mail in ballot and vote in person

This year, the county is using new voting machines. (See video below.)

For a complete list of races and candidates, use this link to view a generic ballot for Bexar County, or to see if your mail-in ballot has been received. For more information contact the office of the Bexar County Elections Administrator, Jacquelyn. F. Callanen at (210) 335-8683.

Use this link for San Antonio Express-News endorsements.

An editorial in the October 29 issue of the San Antonio Express-News points out anti-LGBTQ claims made in two local...