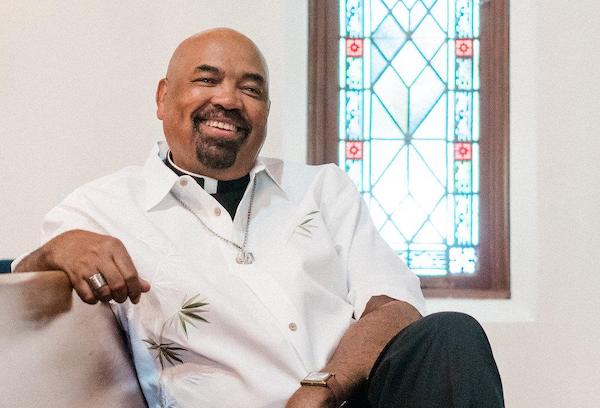 The Metropolitan Community Church of San Antonio announced this week that its pastor, the Rev. Doctor William H. Knight, will be retiring at the end of the year.

Rev. Knight has been pastor of MCCSA since April 2017. He was the fifth pastor in the church’s 36-year history. He came to San Antonio from Pahoa, Hawaii where he was pastor of the Open Arms MCC. His resume cites previous postings at MCC churches in San Francisco, San Jose and Tucson. He was ordained in 1995 at the Universal Foundation for Better Living in Los Angeles. In 2005, he earned a Doctor of Divinity degree from the University of Sedona.

The church will be honoring Pastor Knight with a public celebration on Sunday, December 12. “The board would like to thank Rev. Dr. Knight for his faithful service to MCC San Antonio, including his humble leadership and very heartfelt ministry. He has made such a difference in the lives of so many. We wish him a very happy retirement,” the church’s leadership said in a statement. In a 2017 interview with Out In SA, Rev. Knight explained the particular challenges of being the pastor of an LGBT congregation. “In the MCC churches around the world we draw people from every conceivable background — people who’ve been thrown out of cathedrals, people who were once part of Pentecostal churches, people who were part of high church rituals, and some who participated in spirited worship services. Our challenge is to craft an experience that is relevant to all of those backgrounds,” he said.

This week, Rev. Knight spoke of his time at MCC SA, “When I first arrived in San Antonio, it was a time of great uncertainty and a sense of being in an environment that I thought would be unfamiliar and unwelcoming. The truth turned out to be the exact opposite. I will always cherish the time I was allowed to serve in the Alamo City, and all the lasting friendships made here. San Antonio will always be in my prayers.

Actor, playwright and humorist Jaston Williams is bringing his holiday-inspired, one-man show, Blood & Holly, to San Antonio audiences for a...