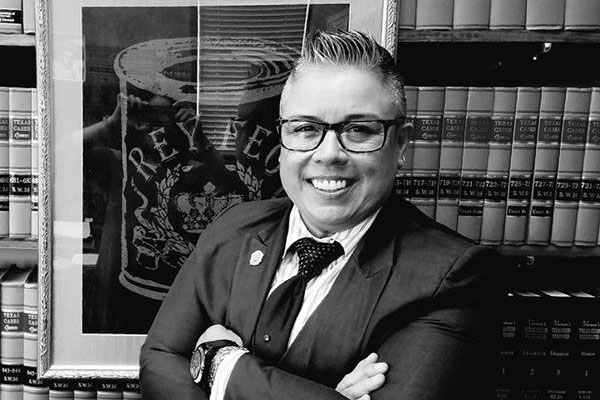 In a brief announcement on November 16, local attorney Rosa Maria “Rosie” Gonzalez threw her hat into the upcoming Democratic primary for Judge County Court at Law No. 13.

“It’s official. I’m in,” Gonzalez told her friends and associates who gathered to hear her announcement. “Justice can‚’t be bought. No signs, no commercials, no push cards, no calls, no shirts, no caps, no bumper stickers. Grassroots 100%.”

Gonzalez promises a no frills campaign. “Signs, push cards do not vote, people do” she told Out In SA. “The campaign strategy will focus on getting our message out to as many voters as possible before work, during lunch, on limited evenings and weekends. I will continue to work as I do now pursuing justice for my clients, will prioritize personal family obligations and follow those commitments with efforts to meet as many people as possible in the next 356 days left until Election Day 2018.” This is Gonzalez’s second run at the County Court 13 seat. In 2014, she ran unopposed in the Democratic primary and went on to the general election to face off against Republican Crystal Chandler, a Bexar County assistant criminal district attorney who won the race. At present there are no other Democratic candidates running in the primary.

When asked what prompted her second run for this office, Gonzalez said, “After speaking to Democratic Party leadership, taking into account general sentiment regarding the status of domestic violence interventions/programs, looking at the array of candidates, discussion with my partner and staff, reflection with friends and mentors, I decided to run because I believe I can bring real life experience to that bench, offer innovative perspectives as to how to best serve victims and hold perpetrators accountable and add diversity to the judiciary in Bexar County.

Born and bred in Brownsville, Texas, Gonzalez has lived in San Antonio for over 30 years. She attended St. Mary‚’s University where she earned her Bachelor of Arts in Political Science and later her law degree.

Gonzalez has a family law practice and is a graduate of the Women’s Campaign School at Yale University. She has a long established history of coordinating campaigns and consulting for women candidates.

With the campaign season about to get underway, Gonzalez is ready to spread the word about what she believes she can bring to the office. “Meeting people who may not know me, my experience, my commitment to community and passion for justice for all people is our goal,” she says.

The National Gay & Lesbian Chamber of Commerce is spotlighting a San Antonio LGBT-owned business as part of their celebration...