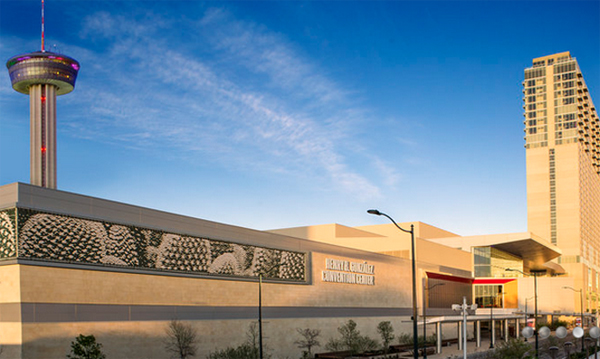 The big business argument against the anti-trans bill brewing at the Texas legislature has been that businesses and organizations will stop coming to a state whose leaders openly discriminate against a whole group of people.

While Lieutenant Gov. Dan Patrick, the bill’s main pusher in Austin, has called those economic concerns “bogus,” San Antonio officials are saying the consequences are already real. Three groups that had been considering San Antonio for conventions or major events have already crossed us off their list. Another eight conventions the city has already booked have said they’ll cancel if lawmakers pass the bill.

That’s according to Visit San Antonio, the city’s agency for conventions and tourism, which told the San Antonio Express-News on Thursday that we’re out of the running for about $3 million because of those three groups that won’t even consider us anymore. If those eight conventions already booked pull out, the city would lose about $20 million. (City officials recently turned the city’s convention and tourism bureau into VSA, a taxpayer-funded nonprofit that they say will be more “nimble” in going after major events and conventions.)

Local leaders have been pretty unified in their opposition to Senate Bill 6, which would block transgender Texans from using the restroom that corresponds with their gender identity. It’s a bill predicated on the baseless, ginned-up fear that equal rights for transgender people would endanger women and young girls in public restrooms – a familiar narrative hard-right conservatives, like Patrick, spun in order to kill a non discrimination ordinance in Houston in 2015.

Still, much of the opposition to the bill from city and business leaders has centered on the potential economic consequences of SB 6, which goes before a senate committee on March 7. For San Antonio officials, it’s an easy argument for them to lean on. Consider North Carolina, where near-identical anti-trans legislation triggered a NCAA boycott that cost the state somewhere between $77 million and $201 million in lost tourism. Many think that if Texas passes its version of the law, the NCAA will follow suit and pull the currently scheduled 2018 Men’s Final Four games out of San Antonio, which would cost the city more than $200 million in lost tourism and tax revenue.

In fact, it’s one of the few issues in the city’s mayoral race that all sides seem to sort of agree on. At a debate sponsored by KSAT at the Tobin Center Thursday night, Bexar County Democratic Party Chairman Manuel Medina did the whole “I haven’t seen all the details and I don’t have all the information” thing, before contending the bill probably doesn’t have a chance and talking about himself in the third person (which, as many have noted, he likes to do): “What I do know is Manuel Medina is pro-equality and Manuel Medina is anti-discrimination.”

Mayor Ivy Taylor, meanwhile, said she’s been working with business leaders and the Bexar County delegation to the statehouse to try to drum up opposition to the bill. Council member Ron Nirenberg used the issue as an opportunity both underscore the discrimination aspect of SB 6 and take a shot at Taylor, saying she didn’t speak up on the issue until she got the thumbs up from the business community. “It’s also a human issue,” he said.

Meanwhile, as politicians and big business interests argue over money (perhaps it’s just easier for them to debate money versus equal rights), studies show the population most affected by SB 6 is already paying the price for the anti-LGBT rhetoric coming from the state conservatives. A recent U.S. Transgender Survey found that 29 percent of more than 1,000 trans Texans surveyed had been fired, denied a promotion, harassed, or otherwise mistreated by an employer because of their gender identity within the past year. Their unemployment rate was significantly higher than average, and nearly one out of three said they’d been homeless at some point in their lives.

And that was before lawmakers tried to pass SB 6.

When his kindergarten teacher asked the students to line up by gender, Brandon L. Beck was confused. Did he belong...