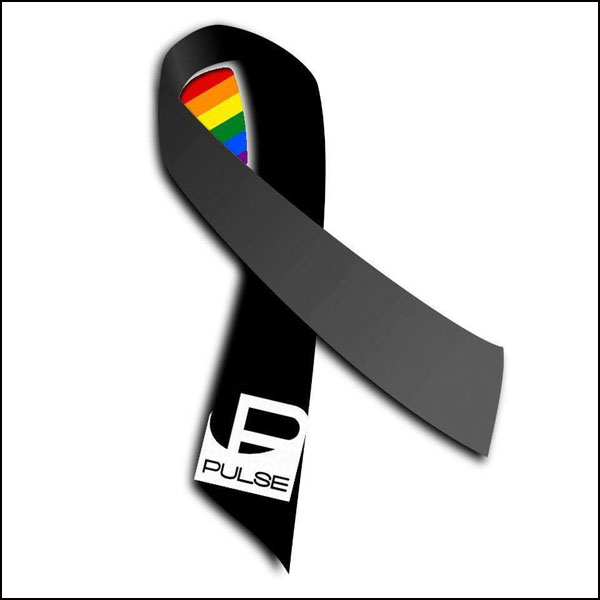 The San Antonio LGBT community awoke on Sunday morning to the news of the horrific killing of 50 people and the wounding of 53 others at the Pulse dance club in Orlando, Florida.

Investigators are classifying the crime, which is the worst mass shooting in the history of the U.S., as a “terror incident.”

The shooter has been identified as Omar Mir Seddique Mateen from Port St. Lucie, Florida.

MSNBC reports there are some indications that Mateen had “radical influences” toward Jihadist ideology. Mateen’s father told MSNBC the shootings had nothing to do with religion and may have been a hate crime.

“This had nothing to do with religion … but he got really angry when he saw two men kissing in downtown Miami a couple of months ago,” the father told MSNBC. One shocking development was a Twitter post by Texas Lt. Governor Dan Patrick which appeared to condone the shootings: “Do not be deceived: God cannot be mocked. A man reaps what he sows. Galations 6:7”

Patrick’s staff later removed the post and issued a “clarification.”

Randy Cuniff, proprietor of Sparky’s, Heat, Luther’s and Knockout, told Out in SA that he was contacted by Police Chief William McManus to discuss how to improve security at the Main Avenue bars.

After the meeting with the SAPD, Cuniff made a statement to the press in which he said in part, “The safety and security of all visitors to the Strip is always a top priority, so today we met with Chief McManus and his senior staff at SAPD to redouble our efforts and planning to provide a safe environment every day and night on the strip and particularly at our special events, like our upcoming Pride celebration.”

Several community organizations are hosting a vigil tonight, Sunday, June 12 at 7 p.m. at Crockett Park with a candlelight procession to the Main Avenue Strip at 8 p.m.

Another vigil for the victims will be hosted by Pride Center San Antonio on Thursday, June 16 at 7 p.m. at the gazebo in Crockett Park, 1300 N. Main Ave. “to unite in prayer for the victims of this horrific tragedy.”

Equality Florida has set up a GoFundMe page for the victims.

Following are comments posted on social media from the San Antonio community.

“Pride San Antonio would like to extend our sincerest condolences to the families and friends of our extended LGBT community in Orlando that has fallen victim to this tragic event. We stand in PROUD solace with you during this trying time. We shall overcome.”
— James Poindexter, board secretary, Pride San Antonio

“We are deeply saddened by the tragic news this morning of the horrific mass shooting at Pulse nightclub in Orlando, Florida. We join with the LGBTQ community across the country in mourning the loss of our sisters and brothers. We express our condolences and thoughts to all those who lost their lives and for their families. Our hearts go out to our brothers and sisters in Orlando, Florida. We stand in solidarity with their loved ones and mourn their loss. As a community, we denounce the violence against all LGBTQ people. In defiance, we will not stop celebrating our communities desire to gather and embrace ourselves in a true and authentic way.”
— Robert Salcido, chairman, Pride Center San Antonio

“I’m angry! Although we can only speculate at the motive at this point, how dare someone take it upon themselves, on American soil or anywhere else, to go into a nightclub and start shooting people? I’m proud of the quick response by first responders who got in there and got the situation neutralized. I’m comforted to see the coordinated after-action response by the police chief and sheriff, FBI, medical staff, and the religious community during the live press conference. Make no mistake. There is evil in this world and there are people who would harm us because of our respective way of life. We need to remain vigilant as a society and not let any segment of the population become marginalized. In these UNITED States, we must continue to watch each others’ backs and NOT tolerate this violence. If you harm one of us, you harm us all.”
— Javier Salazar, Democratic candidate for Bexar County Sheriff

“On this Sunday morning as many of you are trying to find out if loved ones in Orlando are safe and are trying to make sense of a senseless act of violence, know I am surrounding you in light and love and praying for our community that is hurting so badly right now.”
— Adam Michael Garcia (Dino Foxx / Foxxy Blue Orchid), actor and writer

“Whether this act of hatred against the LGBT community originated in radical Islam or right here in the politics of America; does it matter? Hate is hate and no matter where it originates, if you support groups or leaders who espouse hate against others, then this blood is also on your hands. Sorry, but that’s the fact. In order to stop hatred and violence we have to denounce it; regardless of the source.”
— Darrell Garcia Parsons, board member Fiesta Youth

“Just waking as I hit the road again tomorrow to share my life story. I am just stunned and saddened by the news this morning from Orlando. Hate is an awful in this world. I just don’t know anymore. Deeply saddened right now.”
— Eric Alva, Retired Marine Sergeant and LGBT community activist

“Our thoughts and prayers are with the victims of the horrific mass shooting in Orlando, FL. Condolences to the families, friends, and loved ones. Thank you to Madame Director Elia Mendoza for taking a moment of silence at the 87th Texas State Convention in Laredo, Texas this morning.”
— San Antonio LGBT LULAC Council

“Our thoughts go out to all that were affected by the horrific violence in Orlando. Every person that tragically and senselessly lost their life was someone’s son or daughter, and for all those who had a loved one stripped away from them we pray and share in their grief. It is my strongly held belief that a loving God sent his son to teach us to treat each other as we would want to be treated. ‘My command is this: Love each other as I have loved you.’ John 15:12. God gave us a free will, so don’t use him to explain the actions of a lunatic mass murderer.”
— State Senator Jose Menendez

This is a developing story which will be updated as events evolve.