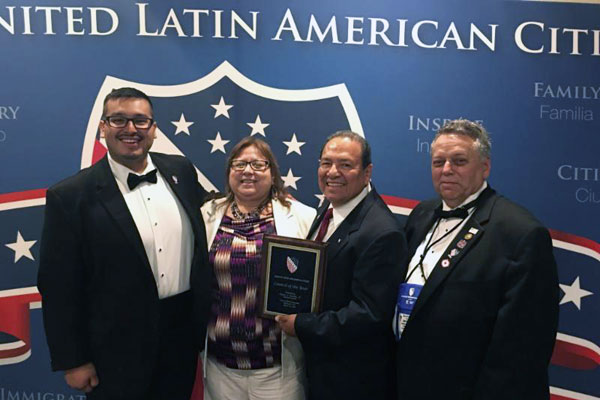 LULAC (League of United Latin American Citizens) was founded in 1929. It promotes civil rights for Hispanics living in the United States. Membership comes from every state in the union with over 1000 councils nationwide. LULAC organizes voter registration drives, citizenship awareness sessions, sponsors health fairs and tutorial programs, and raises funds for scholarships.

Since it’s founding, Orgullo has been active in the city’s LGBT and Latino communities. “Orgullo de San Antonio has worked to facilitate an open line of communication between the LGBTQ and the Latino/Hispanic community,” Congressman Lloyd Doggett, wrote in a letter of support to the group. “This council works to bridge these communities through education and increased awareness of current issues involving civil and human rights.”

The national award received by the Orgullo was preceded by an award for District 15 Council of the Year presented at the Texas State LULAC convention held in Laredo last March. The statewide designation put Orgullo in competition for this year’s national award.

Robert Salcido, Orgullo’s president, said in a statement that with this honor the chapter’s members were being “notably recognized, at every level, for their community work in advocacy, civic engagement, voter education, HIV awareness, immigration reform, as well as effective collaborations with local, regional and national organizations.”

Father Eddie Was an Advocate for Equality

It was a sunny autumn afternoon in 2005 when about 30 members of the local clergy gathered on the steps...