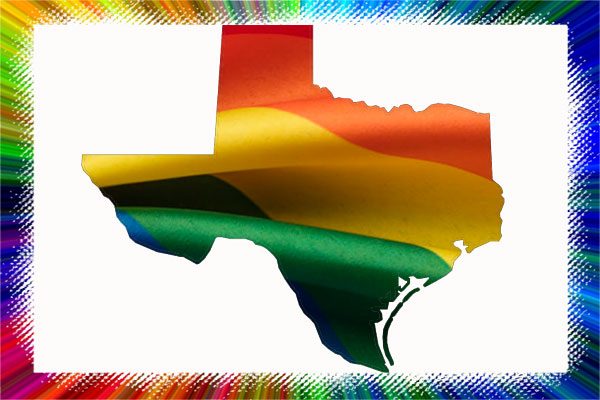 The ruling carries special power in the Lone Star State, which is among those that doesn’t extend protections to workers based on their gay or transgender identities. However, some cities, including San Antonio, have enacted anti-discrimination ordinances.

“Not only is it unjust to fire someone simply because of who they love – it is finally illegal under federal law,” she tweeted. “This is especially meaningful for LGBTQ Texans, where we have no state-level protections for LGBTQ workers.” 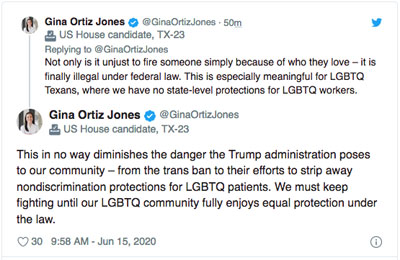 However, Jones warned that the ruling doesn’t undo the danger to LGBTQ+ people posed by the Trump administration. On Friday, the White House finalized rules that erase protections for transgender patients against discrimination by health care providers and insurance companies. 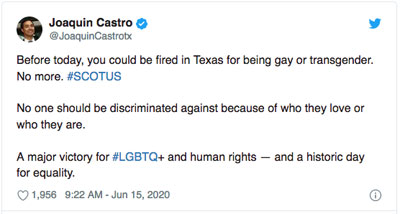 “No one should be discriminated against because of who they love or who they are,” U.S. Rep. Joaquin Castro, D-San Antonio, tweeted in response to the Supreme Court ruling. “A major victory for #LGBTQ+ and human rights — and a historic day for equality.”

“As a society, we continue to struggle with discrimination and it is now our job to make sure that the intent of the civil rights laws are enforced as the Supreme Court has reiterated we must do,” adds Menéndez.

In an emailed statement, Progress Texas spokesperson Wesley Story said the ruling provided a “much-needed win” for the LGBTQ+ community after the Trump administration’s recent actions.

“Now that the Court has ruled in favor of LGBTQ protections in the workplace, it’s time to expand those protections to other areas including education, housing, and health care,” Story added. “Texas can take the first step in doing this by passing an anti-discrimination law as soon as possible.”

“We know from employers that they want to see comprehensive protections for LGBTQ workers and their families,” Shortall said. “It helps them as a competitive tool.”

Previously published in the Orlando Weekly. As Orlando pauses for a day of reflection and remembrance on the fourth anniversary...