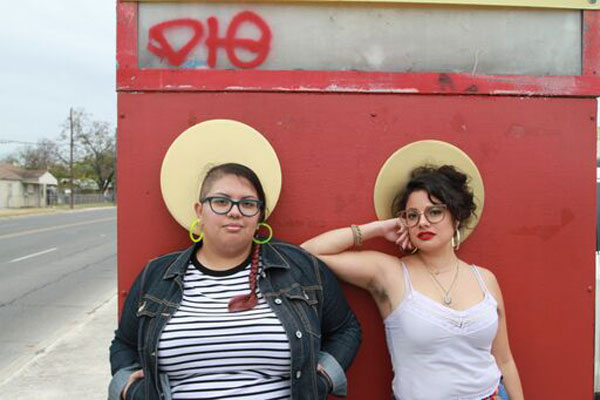 St. Sucia, the international Latina feminist zine that originated in San Antonio in 2014, will be celebrating the publication of its 14th and final issue on January 5 at Hitones.

During the last four years, St. Sucia’s art director Isabel Ann Castro and editor Natasha Hernandez have distinguished themselves by creating a widely-praised publication with submissions from around the globe.

On the magazine’s website, its creators explain to potential contributors: “Our goal is to share our stories, including the ones from mujeres who don’t consider themselves writers, artists, or poets. We want to share the stories we don’t tell, but other mujeres need to hear. We want to encourage other mujeres to express themselves. We are a space for gente who identify as mujer, in any way they choose to. Mujer is queer, mujer is straight, it’s political, it’s flaca, it’s gordita, it’s a grito, it’s a mouthed curse, it’s a walk alone at night. Mujer is a million things and so are you. Tell us about it.” 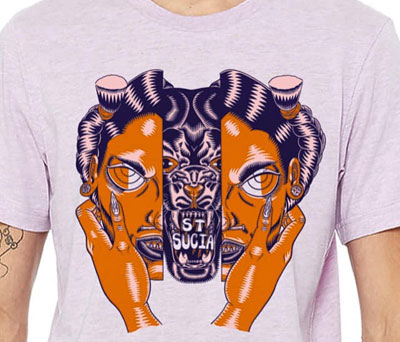 Castro and Hernandez told the San Antonio Current that ending the zine’s run was “a decision they reached after long consideration to pursue other creative projects, such as independent zines, comics and a web series they plan to launch with the help of other San Antonio artists, including musician Alyson Alonzo.”

The work has paid off. St. Sucia is available in university libraries around the country and is on syllabi for courses on Chicano/a Studies, Women’s Studies, Gender Studies, Latino Contemporary Literature and has been the subject of academic study and theses. It can also be found in university archives including the international Nettie Lee Benson Latin American Collection.

Looking toward the future, Castro and Hernandez are planning workshops, organizing events like the San Anto Zine Fest and guest lecturing at universities across the U.S.

Still, parting is sweet sorrow. “I’m really sad,” Hernandez told the Current. “It’s been a part of my identity for a while.”

HONORABLE MENTIONS City Manager Sheryl Sculley: A Friend and Ally to Our Community Whatever real or perceived transgressions City Manager...