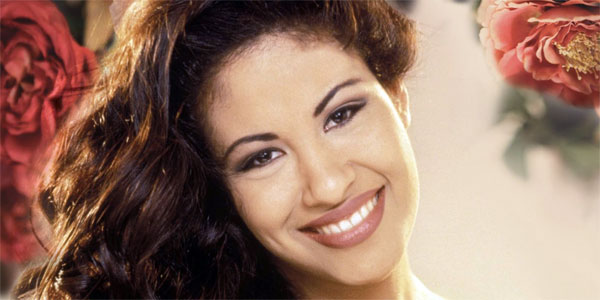 Como la Flor, a Selena-themed fundraiser for the P.E.A.C.E. Initiative, will be held at the Guadalupe Cultural Arts Center on November 6. (Courtesy photo)

The Guadalupe Cultural Arts Center and the P.E.A.C.E Initiative are joining forces on November 6 to present Como La Flor, a tribute to Tejano singer-songwriter Selena on the 20th anniversary of her death.

The tribute, which is a fundraiser for the P.E.A.C.E. Initiative, will feature an art sale and exhibit, a Selena look-alike contest and a Selena sing-off.

The Como La Flor Selena Fundraising Exhibition will feature the participation of Debora Kuetzpal Vasquez, visual arts program director at Our Lady of the Lake University, along with students from OLLU’s Art Ink.

Participants in the Selena Look-A-Like Contest will take the stage along with singer Bianca Sapet and Los Indigenauts. Giomara Bazaldua and Zombie Bazaar Panza Fusion will present a dance performance.

The proceedings will be emceed by Kinya Cano, the executive producer for KENS-TV’s Great Day SA.

The fundraiser observes the 25th anniversary of the P.E.A.C.E. Initiative whose mission is to educate the community about the extent and sometimes deadly consequences of domestic violence.

According to statistics from the Texas Council on Family Violence, in 2014 five women were murdered due to domestic violence in Bexar County. That same year, San Antonio police responded to 44,000 domestic violence calls.

Organizers say they chose the Selena theme for the fundraiser because the singer was murdered by the president of her fan club, someone who was like family to her.

The Guadalupe Cultural Arts Center and P.E.A.C.E. Initiative present Como La Flor – Honoring the Life and Art of Selena. Friday, November 6 at 6 p.m. at the Guadalupe Theater, 1301 Guadalupe Street. Individual tickets are $25. A table for 10 is $600 and includes food and drink. Purchase tickets at this link.

Latinx is back with a vengeance

Last summer, San Antonio’s community of queer and trans people of color welcomed a party designed just for them. On...