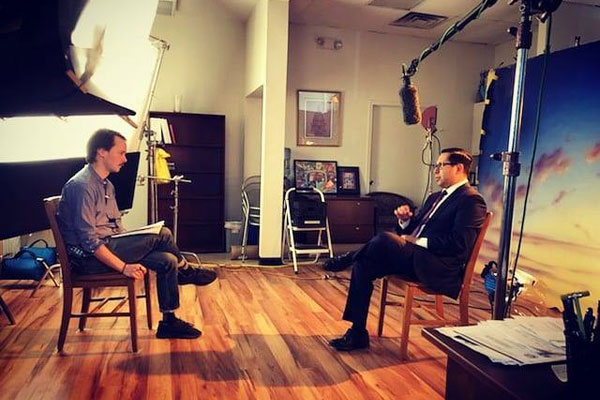 State Representative Diego Bernal of San Antonio made an appearance on the June 6 episode of Full Frontal with Samantha Bee in which he discusses the topic of “The Texas Conscience” within the context of trying to pass an LGBT housing bill with the help of Dallas Republican Rep. Jason Villalba.

Last year, when Bernal was trying to pass House Bill 192, which would have prohibited discrimination based on a person’s sexual orientation or gender identity, he presented it to the House Business and Industry Committee where it received a hearing and passed out of committee with Villalba providing the deciding vote.

Unfortunately, by the time the bill passed out of committee, Texas right-wing groups lead by Dr. Steve Hoatze of the Conservative Republicans of Texas had labeled it a pro-trans bill that would be detrimental to the rights of straight people.

HB 192 went on to the Calendars Committee where it died. However, Bernal told the San Antonio Express-News that the moral of the story “highlights in a mild way that in the legislature there is sometimes a willingness to work together across the aisle. I appreciate the fact that (Villalba) was willing to work together on this issue.”

As a result of his vote on Bernal’s housing bill, Villalba was labeled a “progressive” Republican by the state party’s right wingers. Villalba, who had served his district since 2013, ended up being challenged in the Republican primary in March and was defeated by challenger Lisa Luby Ryan.

“I would rather be right than be elected. I was the first Republican in Texas history to ever vote in favor of the LGBT community and I’ll sleep soundly knowing I did that,” Villalba said in his interview with Full Frontal.

“The story is not really about me or Jason as much as it is about the sort of mental and emotional gymnastics people in the state legislature have to do to do what is right and what politics have made seem like a super human feat when it really shouldn’t be,” Bernal told the Express-News.

Below is the full segment as it appeared on Full Frontal.

Originally published in the San Antonio Current. June 12, 2016. It’s Sunday and I’m driving around getting ready for the...