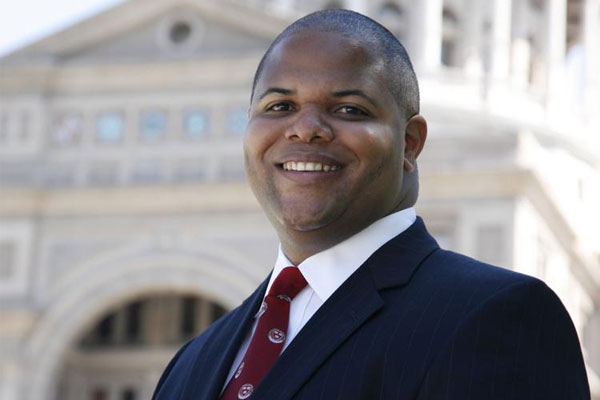 State Rep. Eric Johnson (D-Dallas) has filed a bill in the Texas House that would prohibit employment discrimination based on sexual orientation or gender identity and expression.

HB 850, which was filed on January 16, would add LGBTQ protections to current state law that only covers race, color, disability, religion, sex, national origin or age.

According to the Texas Tribune, “State Rep. Eric Johnson, D-Dallas, has filed such a measure in Texas every session since 2011; in 2017, the bill narrowly passed through a House committee but never got a vote in the full chamber. Opponents told the committee at a public hearing that the bill would create a special classification for LGBTQ individuals and impose new restrictions on businesses.”

Austin, San Antonio, Dallas, Plano and Fort Worth have nondiscrimination ordinances which offer some of the same protections as Johnson’s bill. Other smaller Texas cities offer a patchwork of protections which, in most cases, are less than comprehensive. Johnson’s bill would offer job security for all LGBTQ Texans.

In San Antonio, the city’s nondiscrimination ordinance, which was passed by the city council in 2013, only offers employment protections to LGBTQ city employees and those who work for city contractors. Employees who work for other businesses have no such protections and can be fired for being LGBTQ.

In 2015, the City of Houston’s city council enacted an anti-discrimination ordinance known as the Houston Equal Rights Ordinance (HERO) which offered LGBTQ protections including housing and employment. However, in a proposition vote, it was rejected by 61 percent of voters. Currently, the city only offers LGBTQ protections to city employees.

Nationally, employment nondiscrimination would be covered by the Equality Act, a bill in the United States Congress, that, if passed, would amend the Civil Rights Act of 1964 to prohibit discrimination on the basis of sexual orientation and gender identity in employment, housing, public accommodations, public education, federal funding, credit, and the jury system. The bill was most recently introduced by Rep. David N. Cicilline (D-RI) during the 2017 – 2018 Congressional session but it never got out of committee.

Other bills have been filed in the Texas Legislature which would offer employment protections to LGBTQ Texans. However, Rep. Johnson’s is the only one that focuses entirely on employment.

Originally published in the San Antonio Current. The Joan Mitchell Foundation recently announced the 2018 recipients of its Painters and...