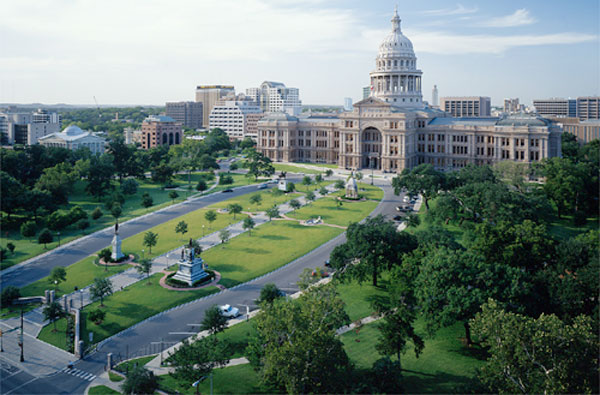 The 86th session of the Texas Legislature opens on Tuesday, January 8, 2019. (Photo: State Preservation Board)

With the January 8 opening day at hand, Democratic members of the State Legislature have been lining up bills which would help enhance the rights of LGBT Texans.

Unlike in the previous legislative session, when Lt. Gov. Dan Patrick’s “bathroom bill” was a priority for Republicans, this year no such bill has yet been filed.

Democrats have filed bills which seek to eliminate the anti-sodomy law which prohibited “deviate sexual intercourse with another individual of the same sex,” and which was struck down by the Supreme Court in 2003 but which remains on Texas law books.

Other bills seek to ban “certain discrimination based on sexual orientation or gender identity or expression” in housing, public accommodations and employment, making it a criminal offense.

Rep. Celia Israel (D-Austin) of Texas House District 50 filed a bill banning conversion therapy; Rep. Diego Bernal (D-San Antonio) submitted a bill that specifically deals with housing discrimination; and Rep. Jose Menéndez (D-San Antonio) has a bill which would remove language in the Texas health code that says “homosexuality is not a lifestyle acceptable to the general public.”

Some bills are designed to help prevent the spread of HIV and other diseases through needle exchanges and eliminating the sales tax on condoms.

The pity is that most, if not all, of these bills are unlikely to pass considering that Republicans outnumber Democrats in both houses.

One bright spot is that there are now five LGBT lawmakers (all women) now serving in the Texas Legislature, the highest number ever.

Following is a list LGBT-related bills filed by Texas Democrats

HB 75
State Rep. Ina Minjarez, District 124 (D-San Antonio)
This bill would make needle exchanges legal for any “employee, volunteer, duly authorized agent, or participant in, or is otherwise involved in operating, a pilot program established under other law to prevent the spread of certain infectious and communicable diseases.”

HB 188
State Rep. Diego Bernal, District 123 (D-San Antonio)
Relating to the prohibition of housing discrimination on the basis of sexual orientation or gender identity or expression and to the enforcement of that prohibition.

HB 595
State Rep. John E. Rosenthal, (D-Houston)
Bill would increase criminal penalty for making certain false alarms or reports because of bias or prejudice “against a group identified by race, color, disability, religion, national origin or ancestry, age, gender, or sexual preference or by status as a peace officer or judge.”

SB114
State Sen. José Menéndez, District 26 (D-San Antonio)
Relating to the repeal of statutes regarding the criminality or unacceptability of homosexual conduct and to the recognition of certain same-sex relationship statuses.

SB 153
State Sen. José R. Rodríguez, District 29 (D-El Paso)
Relating to certain statutory changes to reflect and address same-sex marriages and parenting relationships and to the removal of provisions regarding the criminality or unacceptability of homosexual conduct.

SB 154
State Sen. José R. Rodríguez, District 29 (D-El Paso)
Relating to a change of name and sex for certain persons and the issuance of associated vital records and documentation; authorizing a fee.

SJR 9
State Sen. José R. Rodríguez, District 29 (D-El Paso)
State Sen. Juan “Chuy” Hinojosa, District 20 (D-McAllen)
State Sen. John Whitmire, District 15 (D-Houston)
Proposing a constitutional amendment to repeal the constitutional provision providing that marriage in this state consists only of the union of one man and one woman and prohibiting this state or a political subdivision of this state from creating or recognizing any legal status identical or similar to marriage.

Teatro Palo Alto is set to present the second production of it's Guest Artists Series in dance with the presentation...