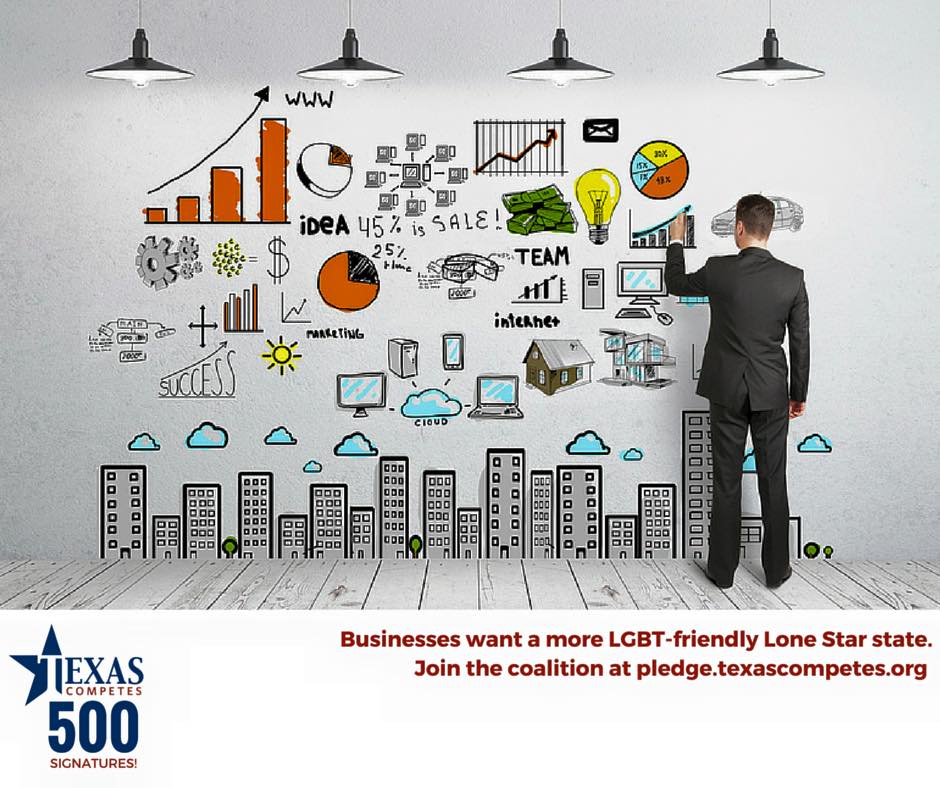 Texas Competes, a coalition funded by Equality Texas, recently announced a major milestone after reaching more than 500 signatures (Google, Marriott, Whole Foods, American Airlines, IBM, Dell, SXSW and SeaWorld among them) from Texas business leaders committed to ensuring the protection and inclusion of LGBT people within the state’s varied businesses.

The coalition believes that the state’s ability to attract and keep top talent is largely affected by its image as a friendly and LGBT-inclusive environment.

Through its pledge, Texas Competes provides a unified voice for Texas businesses interested in taking a stance against unfair practices that affect the LGBT community.

Texas Competes does not ask for donations, but simply hopes to accomplish its mission via pledge signatures. Business leaders who sign the pledge will be identified by their names and logos on the Texas Competes website.

WOAI-TV reports that in the early morning hours of February 12, an armed robber menaced the customers and bartender at...