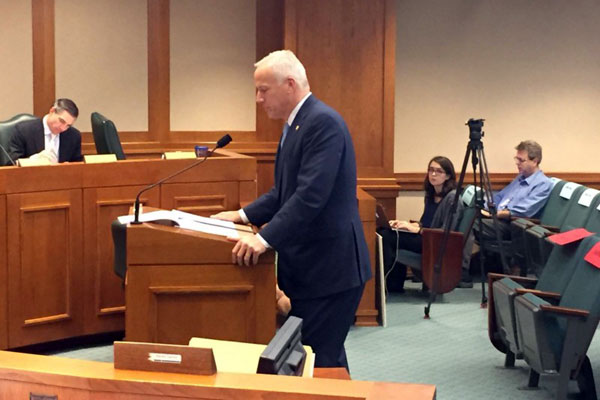 On Tuesday, May 9, the Texas House approved House Bill 3859, which would allow faith-based adoption agencies to deny placement of foster children with same-sex couples, Jews, Muslims and others based on “the provider’s sincerely held religious beliefs.”

The bill, dubbed the “Freedom to Serve Children Act,” passed by a vote of 94 to 51. It is authored by Rep. James Frank, R-Wichita Falls, vice chairman of the House Human Services Committee. The bill now goes to the Senate where the companion bill has been left pending in committee.

According to Frank, the legislation is intended to protect faith-based adoption providers from legal retaliation when they use their religious convictions to guide them in making foster care and adoption decisions.

In plain terms, HB 3859 would allow faith-based foster care organizations to refuse to place children with same-sex couples, couples who are not Christians and single mothers. It would also allow these agencies to send children to religious schools and deny referral of abortion and birth control services to women.

The bill has drawn sharp criticism from progressive groups who say it exacerbates the problems of the state’s foster care system which is strained with so many abused children that at times there is a shortage of places for them to stay.

In March, when the bill was being heard in committee, Equality Texas said in a statement, “The primary consideration for a child welfare agency, organization, and its employees should always be the best interests of the child – not advancing the interests or beliefs of a state contractor. HB 3859 would allow the religious beliefs of child-placing agencies to be placed above the needs of our most vulnerable children. That could jeopardize the health and well-being of children in our system.”

Frank defended his bill by saying that its passage would increase the number of agencies providing placement in more diverse social and religious settings. “It encourages all to participate.  It’s about specialization, not discrimination. It does not ban anybody,” he said.

Marty Rouse, the national field director for the Human Rights Campaign, reacted to the House vote on the bill in a statement saying, “If signed into law, this bill would most harm the children in Texas’ child welfare system — kids who need a loving, stable home. Discrimination under law is unacceptable. The Senate must recognize this bill for what it is: an attempt to discriminate against LGBTQ Texans, this time targeting some of Texas’ most vulnerable residents: children in the child welfare system.”

Conspirare Concert to Celebrate the Journey of Women