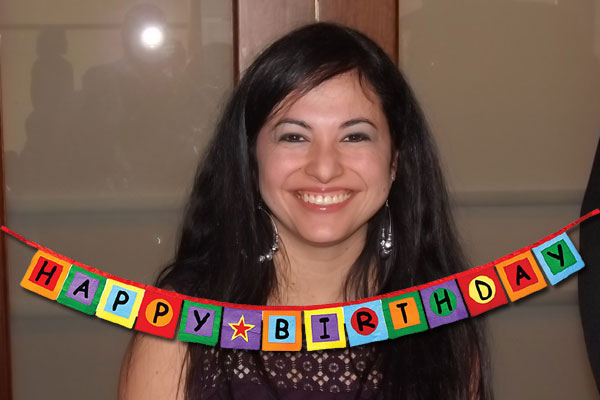 Instead of having a birthday party, Ana Alicia Perez is having a fundraiser for Pride Center San Antonio and Mujeres Unidas. (Photo: Sam Sanchez)

Activist Ana Alicia Perez is telling her friends (and the community) to ditch the presents and instead bring a donation for Pride Center San Antonio or Mujeres Unidas when they come to her birthday party on March 5.

This is the sixth year Perez has had a birthday fundraiser. Over the years, she’s accepted donations for a pet rescue group, the San Antonio AIDS Foundation, the Children’s Hospital, Battered Women’s Shelter, Fiesta Youth,  Stand Up for Kids, Cos 4 A Cause and the Thrive Youth Center.

Perez is an activist and LGBT ally. She’s was among those who spoke before the City Council during the fight to pass the nondiscrimination ordinance. She is a member of the Human Rights Campaign and frequently campaigns for women’s rights.

Perez says she originally got the charity birthday idea from her friend Jonathan Vela. For the first year’s party, Perez says “we managed to have 25 people show up and donate to a pet rescue charity. And so began the tradition — each year it gets bigger than the last.”

Over 160 people showed up at Perez’s party last year which collected donations for the Thrive Youth Center and Cos 4 A Cause, a group that brings toys to kids in the hospital. She raised $1000 for each of the charities and many in-kind items like toys, toiletries, canned food and other items.

“I don’t need or want anything,” says Perez. “So if we are going to gather around for a birthday party, let’s make it beneficial for folks who really need something.”

This year’s beneficiaries, Pride Center SA and Mujeres Unidas, each have different needs. Besides monetary donations, Perez is accepting specific merchandise for the two charities.

The party is at Big Bob’s Burgers 1604 and open to the community. Perez says there will be food, “lots of beer,” and plenty of space for the kids to play.

Calling it the “little charity birthday party that could,” Perez jokes, “We’ll continue to have this every year until I am no longer on this planet.”

A transgender woman has been found dead at a Southeast Side motel. The victim was found by police on February...