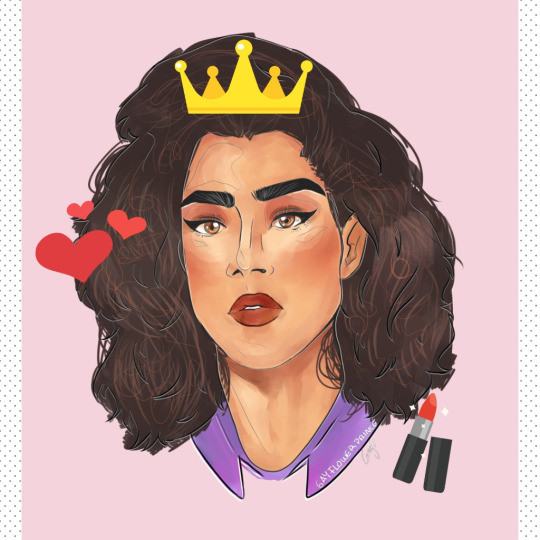 As a trans woman, I would rather someone inquire politely than assume anything about me.

Like most users of popular dating apps, I’ve had some fairly dodgy experiences while trying to put myself out there in the digital dating world. Unfortunately, these experiences have been shaped by how others receive my trans-ness. Unless I want to sift through blatant misgendering and the slurs thrown at me by transphobes and fetishizers alike, it seems the search for my perfect online match is a fruitless one.

Even those (very few) well-meaning suitors have messed up my pronouns or misconstrued my gender, despite the fact that I explicitly state both of these things on my dating profiles for the sole purpose of avoiding such debacles.

On a daily basis, I correct language and behavior directed to me, simply because so many people are prescribing to outdated concepts of trans identity shaped by tropes, misrepresentations and misconceptions. Between school, work, social outings and the Internet, I work hard to combat these notions and to ensure that others see me as I see myself.

Despite what anyone believes, trans women are women, regardless of physiology, anatomy, genetics or whatever it says on any legal document. However, many institutions and discourses in our own society rely on a simplified male-female binary system that insists biology is the primary determiner of sex and/or gender. This reliance on a faulted system ultimately complicates how trans women are recognized.

Sex and gender are equated and differentiated in many ways depending on whom you ask or what field you study. In the end, though, they are both human concepts that we debate and redefine using science, theory, experience and history. Sex and gender, as fluid concepts, are biased summarizations, not the bottom-line for representation at the individual level.

Systemically speaking, our society rarely accounts for variation outside of the assigned sex binary, and we continue to assign gender to individuals by binding them legally, socially and medically to an identity that they did not self-determine.

So how do we change the ways trans women are perceived and treated in society and, specifically, in our own city?

Mainly, avoid assumptions about an individual’s gender. Listening to a trans woman explain their own name, identity and pronouns is the only way to truly understand how to respectfully interact with that person.

Trans women of color are murdered and assaulted at a higher rate than most other demographics, and much of this violence is perpetuated by misrepresentation in media and what language is used toward us. We are repeatedly hypersexualized, fetishized, dehumanized or made the butt of crude humor in popular media. Those portrayals manifest into bigotry. Cisgender allies should help lay the groundwork for contextualizing and empathizing with the struggles of trans women.

Language has power. When society blindly normalizes transphobic language, it encourages discrimination. But I also believe we can use the power of language for its intended purpose: to communicate authentic concepts of identity, gender and experience that can help to bring us together as a community to nurture and support all of its members.

Lastly, for the record, if you happen to come across any of my online dating profiles or happen to catch me around town: I am a woman of trans experience. My pronouns are “she” and “her.” And my name is Polly.

“In her court, she treats all individuals fairly, regardless of sexual orientation or gender identity.” Bexar County Judge Genie Wright...