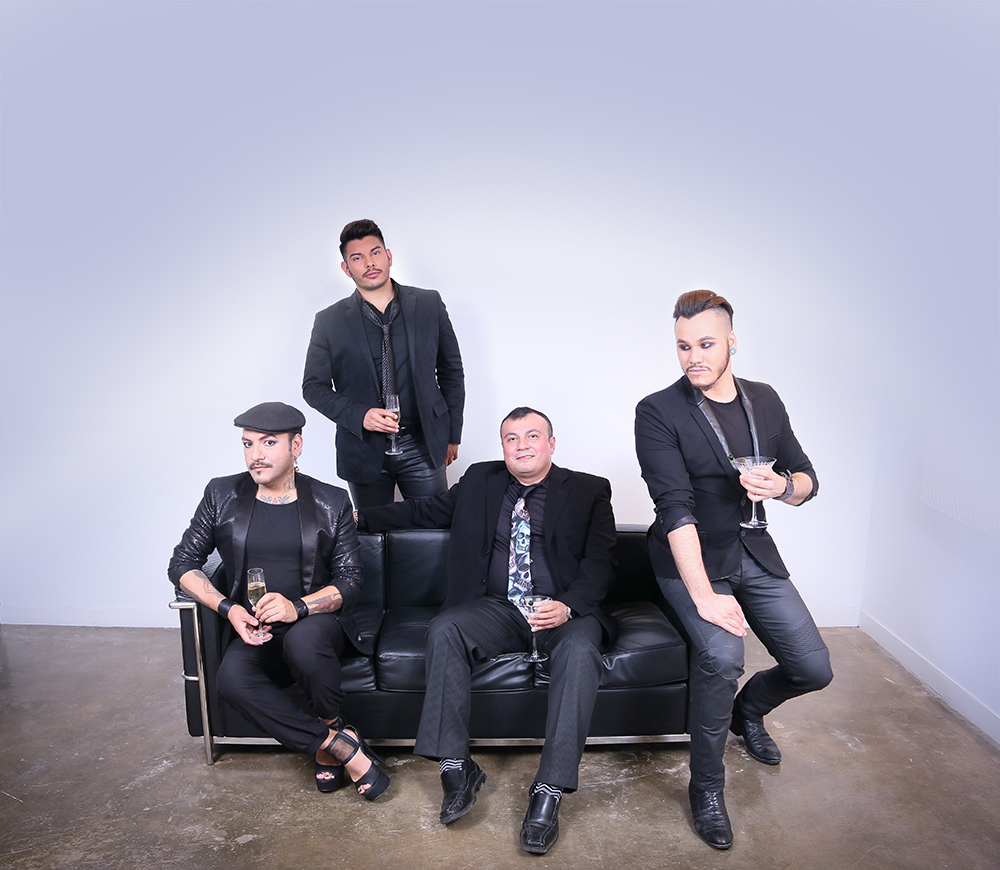 From the time I saw my first drag show at the Saint Showbar back when it was still on Main Street, I knew there was something very special about the San Antonio drag scene. Whether they are working to achieve the perfect female illusion or collaborating with local costumers to invent stunning garments, San Antonio queens work tirelessly to make sure every detail is absolute perfection.

When my partner Maxxy Radd competed in and won the November Edition of Rey Lopez Entertainment’s Drag Me to Fame, we were thrown into a crash course in what it takes to be a drag performer with weekly gigs. As Maxxy kicked off her Maxxed Out Tour of Texas (one of the many generous prizes she won through Drag Me to Fame) we both realized how much work is involved. As a couple who are working artists, we often help each other by pooling our resources. While the creative package that is Maxxy Radd is completely her hard work and creativity, I supported her by keeping her on schedule, mixing and burning her music, making sure she tested the CD while I drove us to the venue, ensuring she had Diet Coke and water in the dressing room to get her through the show, and of course documenting each performance for social media.

There are strong, independent drag artists in our community who do all of those things for themselves. My hat is off to these fabulous artists, because I can’t imagine how much it takes to do all of this on their own and still have the energy to slay a lip sync and take a bow with a smile at the end of the night. I have always been grateful for the support my drag character Foxxy Blue Orchid receives from Maxxy Radd.

“I love being a style mentor to Foxxy,” Radd says. “Helping with hair and makeup is a super bonus. It is like having your own pan-gendered My Buddy doll!”

Maxxy Radd, also known as successful hair stylist and visual artist Logan Magz, is a San Antonio native who comes from a large family and understands the power of love. “I am the youngest of four brothers and four sisters,” Radd says. “Growing up I was exposed to traveling, amazing food, music, art and of course love and acceptance. I know it is important to give Foxxy Blue moral support, love, strength and to help elevate her confidence level.”

“When I look at her I’m starstruck every time.”

It’s important to surround yourself with a support system who believes in you. For Amerie Parker, this support system comes in the form of her partner Raul Casas. A full-time makeup artist with MAC cosmetics, Casas knew Amerie was a star from the moment he first laid eyes on her. “I have always loved the art of transformation,” Casas says. “As soon as I met Amerie I believed in her. I love being able to be there to help her evolve.”

As stunning as Amerie Parker is to watch onstage, I was captivated by Raul at the side of the stage, looking stylish, visibly in love, and available to help Amerie make her way downstairs or pick up any item of clothing she removed. “When I look at her I’m starstruck every time,” Casas says. “I also feel a sense of pride. She’s gorgeous and so talented, and she is very sweet.”

With the success of pulling off a stunning drag show comes the stress of production. “I work a full day at MAC and when I get off work, we have to pack, actually get to the show and then get ready once we arrive. When we get home, we let go, talk about it, watch some TV and relax.”

Most of the drag husbands I spoke to said the art of letting go is a key to success in this business.

Sometimes the key to helping a performer succeed is to give them the room to be exactly who they are. In the case of Benjamin Guartuche, husband to San Antonio’s Best Drag Queen, Tencha la Jefa, his job is to accept Tencha’s work and let his partner bring her art to the stage.

Asked what goes through his head when he sees Tencha la Jefa onstage doing what she loves, Guartuche jokes, “Look at all them tips! I’m getting another drink.”

Guartuche has seen many drag shows and admires anyone who gets in front of an audience and tries. The stress of preparing for a show isn’t quite the same for him, but it often sets in once the curtain closes. “I like our home clean,” Guartuche said. “When Tencha gets home, her shoes are in one room, her wig is in another, but the worst part is that her lipstick is on the couch pillow where she falls asleep with her makeup on.”

“There is always something that will come up that will throw you off your perfect schedule.”

Much like letting go, humor seems to aid in these often stressful working relationships. When I asked Richard Herrera II, partner to San Antonio’s Mayor of Drag, Rey Lopez, what he does to support the producer of San Antonio’s largest drag shows, his response was simple: “I make sure he always has a clean pair of underwear.” Herrera also helps with many of the show logistics for Rey Lopez Entertainment, which often hosts contestants from RuPaul’s Drag Race. “It is my job to help make sure the performer gets to their hotel room, is fed and has everything they need for their show,” Herrera says. “I’ve also been creating the VIP table signs which segued into designing the show promotional materials.”

The common obstacle for all of our creative teams is time. “It never fails that there is never enough time to get everything that needs to be done, done the day of a show,” Herrera said. “You can prepare as much as you want, but there is always something that will come up that will throw you off your perfect schedule.”

There is an Igbo and Yoruba Proverb that says, “It takes a whole village to raise a child.” The same seems to be true for a drag community. Whether it is a fierce Drag Mother showing you her makeup techniques, or a partner who helps you tease and style your wigs for the Gods, we each take and pass along a little bit of what we have learned from our ancestors. Now that drag has become a worldwide phenomenon, San Antonio has secured its place in that history because of its understanding of family and community-building. I am certain that the future of San Antonio drag is bright, not only because of the immense talent blossoming on local stages, but because the queens at the forefront of our scene tirelessly give back to the community who bore them.

“I wanna make a political statement for nightlife. It’s more than just getting drunk and having fun with your friends,”...