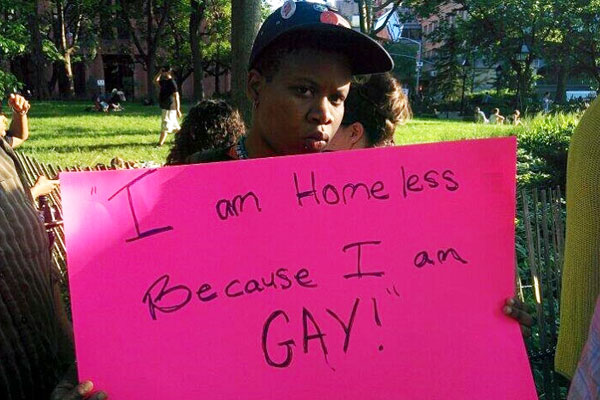 Cal Skaggs' documentary "A Road to Home" will be screened by the Thrive Youth Center at their first anniversary fundraiser on March 24.

The Thrive Youth Center for homeless LGBT youth is observing its first anniversary on March 24 with a fundraiser featuring a screening of “A Road to Home,” a documentary that highlights the problem of LGBT homelessness.

One year ago, Thrive Youth Center and Haven for Hope initiated a partnership to serve homeless LGBT youth ages 18 to 25. According to a press release from Haven for Hope, it is estimated that half of homeless youth in San Antonio are LGBT.

Thrive’s clients have been able to use Haven’s comprehensive range of social, spiritual, medical and behavioral health services. The goal is to create self-sufficiency and to work toward providing permanent housing opportunities.

In addition to services, the partnership provides the Thrive Youth Center with over 1,400 square feet of space that includes dorms, bathrooms, offices and a reception area. Thrive staff and volunteers manage the program and supervise the dorms on a 24-hour basis. Danielle is one of several homeless LGBT youths profiled in “A Road to Home.”

“A Road to Home,” the documentary by filmmaker Cal Skaggs, was completed in 2014 and is currently making the rounds of the film festival circuit. The website offers this description:

In the avalanche of homeless young people spreading across America, nearly half are LGBT, despite the fact that gay kids make up only 5-7% of the general population. In an era of increasing openness regarding LGBT issues, where marriage equality is making strides and anti-gay bullying is publicly shamed, kids are coming out to their parents younger and younger. But social trends don’t translate into all households equally, and LGBT kids are often getting kicked out into the streets long before they’ve developed the skills to survive on their own.

Addressing this problem involves more than providing beds. It also involves providing hope and healing. Our 90-minute documentary A Road to Home will follow the development of 4-5 LGBT homeless young people of various genders, backgrounds, and origins as they’re provided beds as well as guidance by the staff of the Ali Forney Center, the organization dealing with LGBT homelessness most effectively in New York City. By showing several young people finding a place to lay their heads and a way to heal their hearts, our film will not only depict a dramatic emotional journey, but also stimulate the attention LGBT homeless kids deserve.

Thrive Youth Center One Year Anniversary Fundraiser & Celebration, Thursday, March 24 a the Bijou Cinema and Bistro, 4522 Fredericksburg Rd. Doors open at 6 p.m. The screening begins at 7 p.m. There will be a panel discussion after the screening with director-producer Cal Skaggs. Tickets are $25 and include popcorn and soda. Tickets are available on Eventbrite at this link.

LGBT families, some with pets in tow, will descend upon Olmos Basin Park on March 20 for an afternoon of...