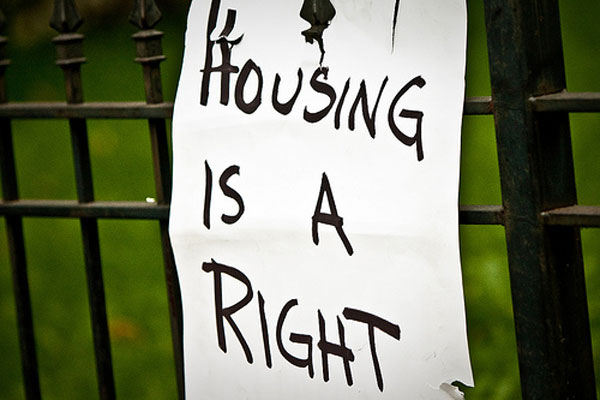 Equality Texas is hosting a Town Hall in San Antonio on February 26 that will address fair housing rights for LGBT people and other groups.

The Department of Housing and Urban Development (HUD) has played a leading role in administering the Fair Housing Act which was adopted in 1968 and prohibits discrimination in the sale or rental of housing to racial minorities, women, and other groups.

The Fair Housing Act does not expressly prohibit discrimination based on sexual orientation or gender identity — that would require an act of Congress. However, on February 3, 2012, HUD addressed LGBT housing discrimination by issuing the Equal Access Rule.

The rule prohibits owners and operators of federally-funded or federally-insured housing, as well as lenders offering federally-insured mortgages from discriminating based on gender identity or sexual orientation. The update also clarified the definition of “family” to ensure that LGBT families are not excluded from HUD programs.

“If you are denying HUD housing to people on the basis of sexual orientation or gender identity, actual or perceived, you’re discriminating, you’re breaking the law, and you will be held accountable. That’s what equal access means, and that’s what this rule is going to do,” then-HUD secretary Shaun Donovan said at the time.

This week, current HUD secretary (and former San Antonio mayor) Julian Castro told Salon.com in an interview, “Folks should certainly know that HUD is serious about ensuring that gay and lesbian Americans are fairly treated. We believe there are no second-class citizens. And I will do every single thing that I can to make sure that everyone is protected.”

“Send the word out,” Castro told Salon,  “We expect public housing authorities and every organization we deal with through the Federal Housing Agency, we expect them to treat LGBT customers fairly and the same way they’d treat anyone else . . . That’s why we promulgated the Equal Access Rule. And, yes, we are certainly enforcing it. We have full legal authority to enforce it under the Fair Housing Office.”

The public forum — Ensuring Access, Fair Housing and Building Inclusive Communities in San Antonio — brings together practitioners, advocates and service providers offering in-depth analysis on the subject of housing discrimination. The panelists are: