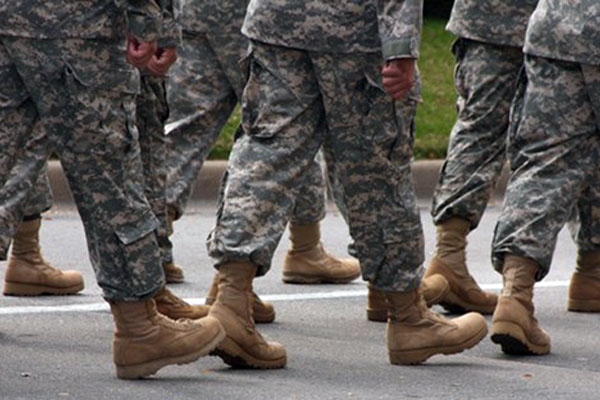 In January, Misty Brandon’s 24-year-old son sold his furniture and his truck and moved from San Antonio to Colorado with one goal in mind: To join the military in June.

That’s because in June, the U.S. Department of Defense was going to officially let openly transgender people enroll in the military.

“He had a plan, he was determined,” Brandon said about her trans son, who asked the Current to remain unnamed. “He had been lost for a while and was looking for direction. I thought, ‘maybe this is it!'”

His good friend offered him a place to stay for free, since he was using most of his savings to get prepared to enlist — like getting his tattoos removed from his fingers and having Lasik surgery.

But when June came, the open door promised to trans service members under the Obama Administration was abruptly slammed shut by new Defense Secretary James Mattis. Or, at least Mattis said, it would be closed for six more months while the new administration ironed things out. But President Donald Trump only waited a month before tweeting that the military would not allow trans individuals to serve “in any capacity,” and by August 25, it was made official in a presidential memo.

Last week, the Pentagon released interim guidance to military leaders, banning anyone who’s being treated for “gender dysphoria” (the DOD’s patronizing code word for “transgender”) from the military and trans health-related care would only be covered for soldiers who are already receiving it. The official guidance will come in February 2018.

Suddenly, the goal Brandon’s son had been working so hard toward had evaporated.

“He was really, really angry,” Brandon said. “He did all of this hard work and preparation just to be turned away.” Having spent all his funds on enrollment prep, her son is now stuck in Colorado trying to make enough money to return to San Antonio.

He, along with dozens of other trans Americans who are eager to join the military, doesn’t know what’s next. Staff Sergeant Jamie Hash has been hearing a lot of these stories. Hash, a trans woman and Air Force analyst at San Antonio’s Randolph Air Force Base, volunteers with San Antonio’s Thrive Youth Center and the Human Rights Campaign. It’s not uncommon for other trans people in a town dubbed “Military City, USA” to want to enlist in the armed forces as soon as they can.

“Whenever I encounter a transgender person expressing interest to join the military, it is difficult to explain to them that even though I am transgender and currently serving, they do not meet medical standards required to join the military,” Hash told the Current in an email. “My biggest concern is for the future of my fellow transgender brothers and sisters in arms … the looming uncertainty for what the near future holds is still vexing.”

It’s especially difficult when she herself doesn’t know what her future holds — and doesn’t want her gender identity to get in the way of her job.

“My leadership continues to foster an environment of inclusion, dignity, and respect,” wrote Hash, who first told the Current about her supportive military unit in July. “Even though they still check up on me to ensure that I am maintaining a balanced physical, emotional, spiritual, and mental lifestyle, there is still a greater mission to be accomplished.”

It’s the mission Brandon’s son hoped to be a part of. After he left for Colorado, Brandon was digging through some artwork her son had made when he was a kid. She was surprised by how many drawings she found of military men.

“Knowing he was going to be accepted in the military was so important,” she said. “It gave him courage.”

Three professionals from San Antonio's LGBTQ community have been chosen to participate in a leadership development program that is being...