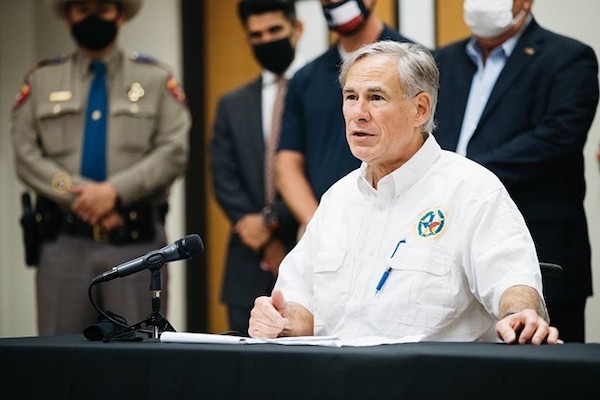 The parents of a 16-year-old transgender girl have sued Texas Gov. Greg Abbott, alleging they’re being targeted by the state after he ordered that cases where gender-affirming medical care is provided to minors be investigated as child abuse.

The suit, filed Tuesday by the ACLU of Texas and Lambda Legal, asks a Travis County judge to block the Texas Department of Family and Protective Services (DFPS) from investigating parents of transgender children. The petition argues that the state’s Republican governor has caused “terror and anxiety” to families of transgender youths.

The legal action is the first public allegation that parents have been targeted since Abbott released his order last week in the runup to the state’s primary elections. Abbott based his demand on a nonbonding legal opinion by Attorney General Ken Paxton, another Republican running for reelection.

“No family should have to fear being torn apart because they are supporting their trans child,” ACLU of Texas Policy Strategist Adri Perez said in a written statement.“A week before an election, Gov. Abbott and Attorney General Ken Paxton issued a partisan political attack that isn’t rooted in the needs of families, the evidence from doctors and the expertise from child welfare professionals.”

The lawsuit argues that Abbott and Paxton had no authority to issue their orders, which violate the both the U.S. and Texas constitutions. Further, the filing notes that every major medical organization in the United Stats considers the treatments that Texas targeted as abuse to be medically necessary.

The ACLU and Lambda filed the suit on behalf of an anonymous DFPS employee who said an investigator has already visited her family’s home as part of an investigation. A licensed psychologist who’s overseeing the teen’s care is also a plaintiff in the suit.

The suit argues that the teen has been traumatized by the prospect that she could be taken from her parents.

“The stress has taken a noticeable toll on her, and her parents have observed how their daughter who is typically joyful and happy, is now moodier, stressed, and overwhelmed,” according to the petition.

“The Doe family is living in constant fear about what will happen to them due to the actions by DFPS, the Governor, and the Attorney General.”

Abbott has faced pushback from numerous LGBTQ+ advocacy groups, who blasted his order as harmful to children and politically motivated. What’s more, district attorneys from five of Texas’ largest counties, including Bexar, have said they won’t prosecute cases that stem from the directive.

In addition to Abbott, the suit names DFPS Commissioner Jaime Masters as a defendant.

Some experts doubt that classifying gender-affirming care as child abuse would hold up in court, but families still feel targeted...