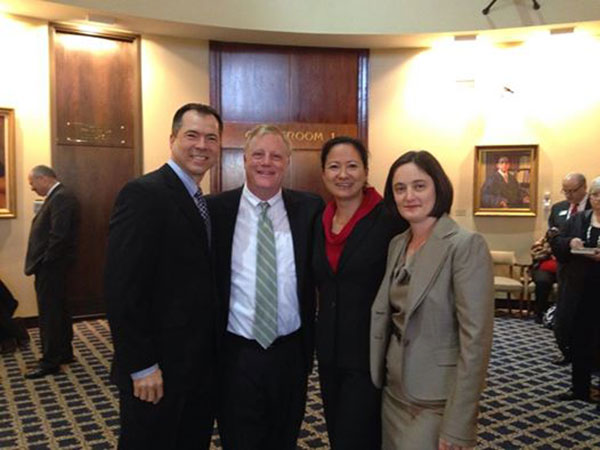 In a Facebook post on November 24, Mark Phariss, one of the plaintiffs in the Texas equal marriage case announced, “Our attorneys with Akin Gump filed a motion with the federal district court this morning to lift the stay.”

Along with his post, Phariss added this excerpt from the motion:

If something were to happen to either of [Vic Holmes or Mark Phariss], they would never be able to marry, exchange vows, place rings on each other’s finger, say “I do,” or call each other spouses in the state of their residence. Their present relationship is governed not by matrimony, but by a web of legal rights crafted by necessity with the assistance of attorneys they must hire and pay themselves. The same is true for the hundreds of thousands of Texas same-sex couples who continue to suffer deprivation of their constitutional rights every day. The Court already found the laws depriving them of these rights are unconstitutional, and the Court should vacate its stay enjoining Defendants’ continued enforcement of those laws.

Phariss and his partner Vic Holmes of Plano, along with Cleopatra DeLeon and Nicole Dimetman from Austin, filed their original federal lawsuit challenging the state’s marriage ban on October 28, 2013 in San Antonio.

On November 22 of that year, the two couples sought a preliminary injunction to bar Texas from enforcing the ban. Their case went to court on February 11 of this year.

Two weeks after the hearing, Judge Orlando L. Garcia declared Texas’ ban on same-sex marriage unconstitutional. Garcia issued a stay which remains in effect while the state appeals to the US Court of Appeals for the Fifth Circuit in New Orleans. That appeal will be heard during the week of January 5.

Striking on optimistic note, DeLeon posted on her Facebook page, “BE READY! Get those Tuxes and Wedding Dresses out! If you are a same-sex couple who would like to get married in the great State of Texas, you should be ready to to grab your marriage license the moment Judge Orlando Garcia grants our motion to lift the stay.”