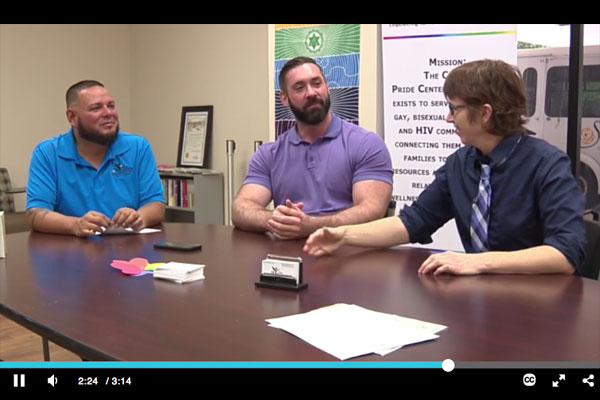 The team involved in conducting a three-year research project on the resilience of LGBTQ people in San Antonio has begun interviewing members of the community.

The trio from San Antonio is one of 15 teams from around the country, each with two researchers and one community leader, who are participating in the Interdisciplinary Research Leaders (IRL) program, which is being led by the University of Minnesota and underwritten by the Robert Wood Johnson Foundation.

Strengthening Colors of Pride advisory board meeting (Photo via Facebook)

The San Antonio IRL team has named their project Strengthening Colors of Pride and formed a community advisory board comprised of representatives of local LGBTQ organizations and individual stakeholders.

In a report on KSAT-TV, Stone said of the interviewees:”They talk a lot about how faith and family are really important for giving them strength and also the role of community. People have also told us very surprising stories of the ways, for example, co-workers have stepped up to take care of them after the death of a longtime partner. They’ve gotten support, oftentimes, from very unexpected places.” (Watch the full KSAT report at the end of this article.)

The team is still seeking LGBTQ people, particularly people of color, transgender people and people with gender-expansive experience who would answer questions during a confidential, one-hour interview. Participants will receive a $40 gift card for their time.

Anyone interested in being interviewed for the IRL study is asked to take a quick online survey to determine their eligibility. The preliminary survey and more information can be found at this link.

The Stonewall Democrats of San Antonio have endorsed former U.S. Rep. Pete Gallego in the Special Election to replace District...