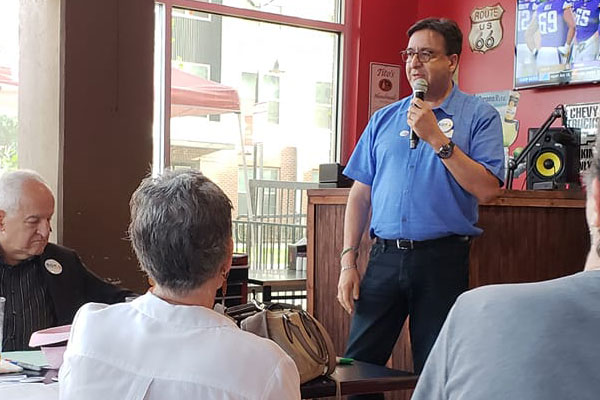 The Stonewall Democrats of San Antonio have endorsed former U.S. Rep. Pete Gallego in the Special Election to replace District 19 State Senator Carlos Uresti, who was recently convicted of 11 felonies including fraud and money laundering.

Gallego is one of four Democrats running for Uresti’s seat. The others are: Uresti’s brother, State Rep. Tomas Uresti; State Rep. Roland Gutierrez; and Charles Urbina Jones, a lawyer and Vietnam veteran. Three Republicans and one Libertarian are also seeking the seat. Early voting for the Special Election began on July 16 and continues through July 27. Election day is Tuesday, July 31.

Gallego was picked during Stonewall’s candidate endorsement forum on July 16. During that gathering, Stonewall also finalized their list of endorsements for the November General Election by revisiting several races from the March Primary and May Primary Runoff in which their endorsed candidate lost and the winner otherwise qualified for endorsement consideration.

The following candidates were endorsed:

This commentary was originally published in the San Antonio Express-News. It is reprinted here with the permission of the author....